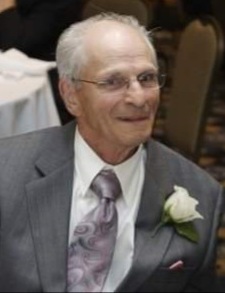 Beloved husband, father, “Grampy” and family man, Maurice “Moe” Proulx, 84, of Harrietsfield unexpectedly passed away on Thursday, September 10, 2020 in the care of the QEII Health Science Centre, Infirmary Site. Born in Montreal, Quebec he was a son of the late Emile Proulx and Henriette Robidoux and was raised by his dad and Agnes (Briand) Proulx in the Halifax area.

He was known as a “Jack of all Trades” to those who were lucky enough to know him, a retired member of the carpenters’ union, an avid bowler, and a retired Boy Scout Leader. He was a card player extraordinaire who wasn’t afraid to jump on a bike and ride around with his grandchildren at the age of 84 and could dance anyone under the table. Maurice had an incredible love for his wife Carolyn and was a complete family man who put those he loved above himself daily.

Maurice is survived by his wife of 47 loving years, Carolyn; his sons Michael (Kim) and Patrick (Krista); sisters Denise, Anne, Annette, Irene, Paulette and Claire; brother Lionel. Maurice was “Grampy” to eight grandchildren and six great-grandchildren who will miss him greatly.

He was predeceased by his sister Carol (Proulx) Sampson.

A private gathering for close family and friends will be held to celebrate everyone’s “Go-To-Guy” considering current Public Health guidelines. Anyone wishing to donate in memory of Maurice are encouraged to consider the Heart and Stroke Foundation. Arrangements have been entrusted to Serenity Funeral Home, 34 Coldbrook Village Park Dr., Coldbrook, NS, B4P 1B9 (902-679-2822).