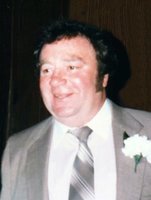 William “Billy” Richard Flinn, 79 of New Minas (formerly of Morden) passed away August 4, 2021. He was the son of the late Sadie and William Flinn, Sr.

Billy was a loving Dad and knew how to make people smile.

In addition to his parents, Billy was predeceased by the love of his life Lois Becker; daughter Susan Oickle and brothers Doug Carty and Keith Flinn.

Cremation has taken place. A Graveside service will be held on August 13, 2021 at 4:00 pm in the Aylesford Union Cemetery. Family Flowers only. Memorial donations may be made to the organization of your choice.  Arrangements have been entrusted to Serenity Funeral Home, 34 Coldbrook Village Park Dr., Coldbrook, NS, B4R 1B9 (902-679-2822).