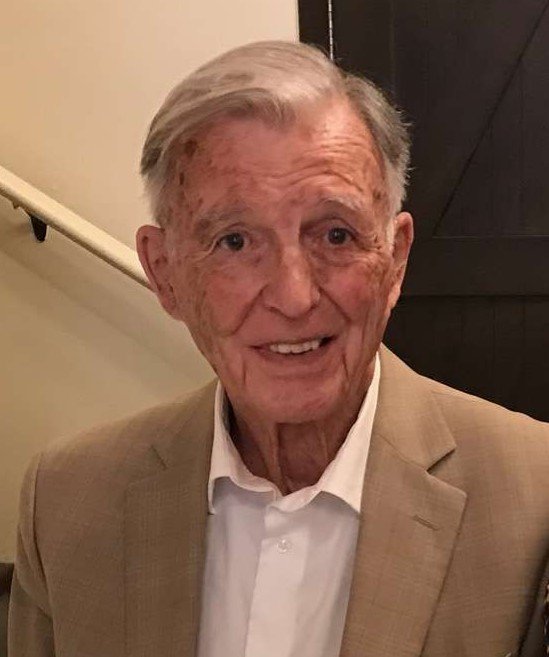 It is with heavy hearts we announce the passing of our dearest Simon on May 24, 2021, in his home, a few days short of his 90th birthday.

Simon had a long and illustrious career as a surgeon, specializing in ENT (Ear, Nose and Throat) and head and neck cancer.  His practice took him from England to Hong Kong, Bermuda, Monserrat, Michigan, Toronto, small villages and towns of Northern Ontario, and various parts of his more recently adopted home of Nova Scotia.  His patient care and compassion bespoke a life of commitment to his chosen field.   One of his greatest achievements in his medical profession was in creating a surgical technique and a series of exercises to repair brass players’ torn lip muscle (Satchmo’s syndrome).   Although many other operative methods and means of treatment to cancer patients were significant, the lip repair was one of which he was most proud.

An avid "football" (soccer) and tennis player, having played professionally in the UK Premier League as a goalkeeper in his earlier days as well as participating in many tennis matches and tournaments during his long life, he could also be found cheering for his favourite team - Burnley FC, or watching international cricket, along with Grand Slam tennis. During a recent hospital admission, his specialist came to pay him a visit to discuss his health.   Simon at the time was glued to his laptop, watching his beloved Burnley.   His suggestion to the doctor was she return at half time for their chat - rarely did anything interrupt soccer viewing.   In his tenure as a team doctor for the Toronto Maple Leafs as well as Team Canada, he made many lifelong friendships in the hockey world.

Referred to so affectionately by a niece as "Simon the Great", he was well loved by those closest and dearest to him.  As was often the case with Simon once you met him, he left a lasting impression.  His wit, charm and British "gentlemanship" drew people to him.   A man who enjoyed a great story but he himself had many stories to tell of his own fascinating experiences, amusing anecdotes, and intriguing encounters during his life.  An avid reader, lover of travel and adventure as well as, it would seem, never being able to resist the lure of an intriguing debate or invigorating conversation.  Though passionate about many issues and never afraid to voice his opinion, it was always a great source of amusement to all that during his time as a member of a debate team in university, he would inevitably inquire “and which side is it I am supposed to be defending?”

During his early younger years, enjoying the many balls and splendid parties in the UK, it happened one evening he met Princess Margaret, sister to Queen Elizabeth.   Clearly unable to resist his charm, the princess afforded him three dates. As the princess was rarely without a bevy chaperones by her side, at the conclusion of the third date Simon enquired “when do we get to be alone?”  He did not hear from the palace again - Simon’s mother never did recover from the missed opportunity of embracing a royal as her daughter-in-law!

Despite his health challenges in more recent years, Simon exhibited tremendous inner strength, fortitude, and strong will, never complaining, and demonstrating a positive attitude and resilience so rarely found in others.

In keeping with Simon’s wishes there will be no funeral or service, but, when possible, a jazz-soaked party will be held.

Sadly missed, forever in our hearts; leaving a lasting legacy.

Share Your Memory of
John
Upload Your Memory View All Memories
Be the first to upload a memory!
Share A Memory
Plant a Tree