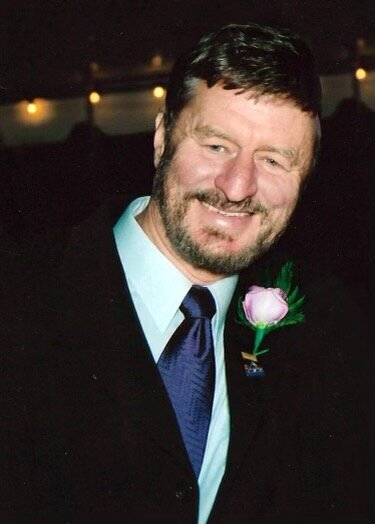 David Arnold Etter, 80 of New Minas, passed away on Monday, August 16, 2021 in Valley Regional Hospital.  David was born in Halifax on January 12, 1941, and was the youngest son of Arnold and Zelda (Spinney) Etter.

David began his working career with Maritime Tel & Tel in 1960 in Halifax. In 1964, he married the love of his life, Wendy, enjoying nearly 57 years of marriage.  In 1974, he moved his family to the Annapolis Valley, continuing to work for the telephone company, retiring from Aliant in 2000 with 40 years’ service.   He was a member of the Masonic Lodge, Kentville #58.

David was a country music lover and amateur musician, he played guitar and later taught himself piano.  He loved animals, especially horses and dogs. In his early retirement, he and Wendy operated RedDecoy Kennels for several years, breeding Nova Scotia Duck Tolling Retrievers.  David had a special connection to Five Islands and he and Wendy spent many weekends and vacations there over the years.

David was predeceased by his brother John.

Cremation has taken place, there will be no visitation. No flowers please. There will be a Graveside Service at Pleasant Hill Cemetery in Lower Sackville on Wednesday, August 25 at 2:00 pm. Memorial donations, in David’s memory, may be made to  a charity of one’s choice.  Arrangements have been entrusted to Serenity Funeral Home, 34 Coldbrook Village Park Dr., Coldbrook, NS, B4R 1B9 (902-679-2822).