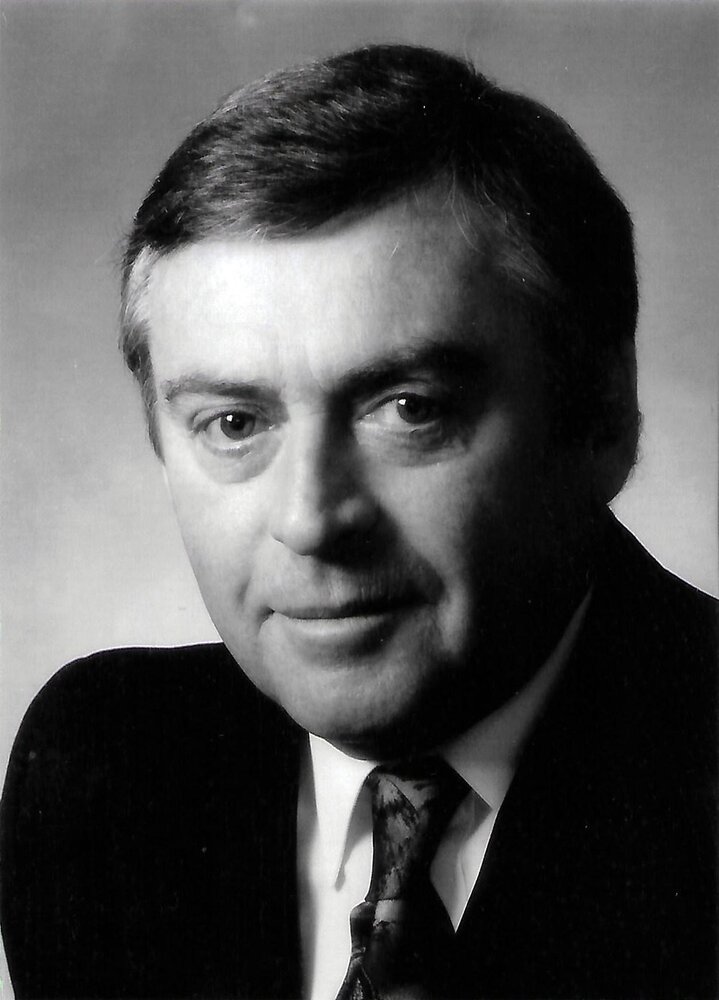 It is with deep sadness that we announce the passing of our dear husband and father, John G. Walsh.  John passed peacefully on August 22nd, 2021, surrounded by his ever-loving wife Carmelita, sons Jason and Scott, daughters Heidi-Lee and Teri, and granddaughter Sarah

John was a brilliant man, graduating from St. Bonaventure's College at the age of 14. He went on to teach in his hometown of St. Brendan’s, NL teaching some students older than himself. After teaching, John worked at the bank in St. John’s and others across Newfoundland. He then transferred to Montreal in the town of Mount Royal.

John came back to NL where he met and married the love of his life Carmelita. They went on to have four children, whom they cherish. He then went on to become the CEO of several Insurance companies, excelling in his field.  He studied to become one of the few Chartered Life Underwriters and used his skills to teach this to others so they could benefit. John won the president's trophy four years in a row, which has never been done by any other. He was also the youngest and only person chosen from Atlantic Canada to join the Million Dollar round table.

On July 14th, 2021 John and Carmelita celebrated their 52nd wedding anniversary. These years spent living, laughing, loving and travelling with their children and granddaughter.

By far John’s biggest accomplishment in life was being the most amazing husband and father a family could ever hope for. He adored us and we adored him.

How much do we love you?  More than life itself!!

God looked around his garden
And found an empty place.
He then looked down upon the earth,
And saw your tired face.

He put His arms around you
And lifted you to rest.
God’s garden must be beautiful,
He always takes the best.

He saw the road was getting rough
And the hills were hard to climb.
So He closed your weary eyelids
And whispered “Peace be thine.”

It broke our hearts to lose you
But you did not go alone…
For part of us went with you
The day God called you home.

Share Your Memory of
John
Upload Your Memory View All Memories
Be the first to upload a memory!