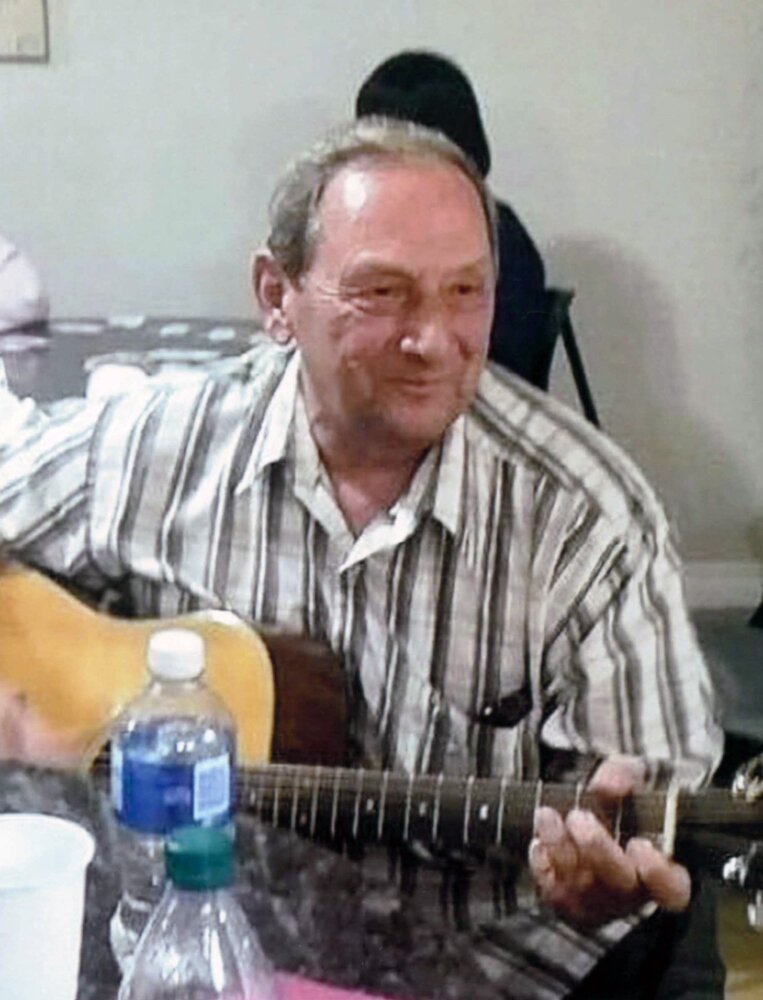 Terrace (Terry) Miron Pasieka, 74 of Kentville, passed away peacefully on September 1, 2021 in the Valley Regional Hospital.  Terry was a devoted Jehovah’s Witness with the Kentville Congregation.

Born on April 18, 1947, he was brought up in North-end Winnipeg, making many friends on both sides of the river; he was one of seven brothers in their family whom he loved:   Paul, Roy, Dennis, Walter, Richard, Terry and Boris (Terry did muse and often wished he had a sister, then she could have done the dishes).

Their father had instilled a love of music in his young sons.  One of Terry's greatest joys was playing his guitar, singing and even entertaining others.

He loved people, his family and friends, music, traveling, photography, foods and games.  He wrote many children's stories and songs and thought of numerous inventions.  He enjoyed puzzles, whether they be of a jigsaw nature or problem solving of an electrical connection. During his stay in Grandview Manor, he was forever “fixing” his TV, and complaining of how bad the connection was, this was due to his “fixing”.   Parts of his brain though incapacitated through a number of strokes, always in one way or another seem to be working!

Terry had various lines of work through the years, such as custodial/maintenance positions for aircraft, the credit union and veterinarian services.  He would describe himself as a "Dead-Dog Dragger!". In one instance, a puppy was considered to be lost and left in a plastic bag for Terry to dispose of.  However, he noticed the bag had some movement and when it was investigated further, he was credited with saving the valuable puppy's life.

He later worked for the flyer services driving the forklift as one of his duties. (One evening while in the nursing home during the late hours, Terry wheeled out to a parked small forklift, managed to mount it and decided to operate it.  He was thereby able to remove a candy bar machine from its usual perch and reposition in another room. He then drove the forklift back to its original position and parked. Only a video provided evidence as to the actual culprit!)

Terry's last employment was with Canada Post, initially driving mail and then becoming a "postie", delivering mail.  He did have one complaint phoned in to his supervisor from a client on his walk. The client reported that their walker was cussing and smoking while he was delivering his mail.  The Supervisor's come back was: "Can't be Terry Pasieka; he doesn't do any of those things!"

Terry loved yard sales, always looking for a bargain.  One time he visited one and picked up a purse for his wife.  When it was discovered, the purse contained $100 bill, he immediately returned and asked where the people had gotten the purse from.  It was reported that it had belonged to an elderly family member who had dementia. Terry said "In that case, this is something we want to return."

When enjoying a game's evening, everyone knew that Terry's different way of dealing with things would be crazy but fun --never predictable or boring!

He loved to problem solve --if something was lost in the house, he could usually find it but simply was no good being able to find anything in that refrigerator!

Through the years, Terry and Claudia entertained with many skits and variety- type shows, portraying such characters as Laurel and Hardy (involving a chicken and an egg).; Dear Liza and Henry song ---- "There's a Hole in the Bucket" and Noah and his skeptical neighbor, along with the not to be forgotten version of Dr Ben Crazy, where the Doc, Terry, had to perform serious surgery.  As you can imagine, the operation was a success but the patient died!

Terry could be described as a spiritual man with appreciation for life and the One who gives it.  He enjoyed telling others about the hope he himself had-- that of living forever in a paradise earth under peaceful and perfect conditions.  He was intrigued by God's creative works, such as the starry heavens, the watery deep and earth's tremendous forces as well as the wide variety of its floral beauty and the many amazing creatures --great and small!

Besides his parents, Samuel and Anne Marie; Terry was predeceased by brothers Paul, Roy, Dennis, Richard; and son, Todd Pasieka.

A NOTE OF THANKS goes out to Grandview Manor Nursing Home in Berwick where Terry resided for the last couple of years. The Grandview Manor were very kind and caring for Terry and he loved their food for the most part.  Though they found some challenges with Terry's care, they were always as patient and kind as they could be!

Another NOTE OF THANKS goes to Valley Regional Hospital in Kentville for their kindness and compassion and consideration for Terry and us, as his family, in his last hours.  It was truly appreciated!

Share Your Memory of
Terrance
Upload Your Memory View All Memories
Be the first to upload a memory!
Share A Memory