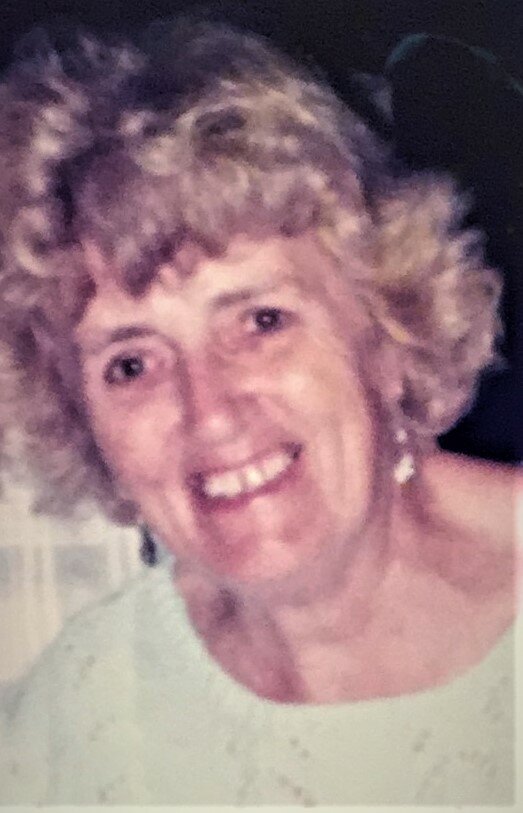 Please share a memory of Jean to include in a keepsake book for family and friends.
View Tribute Book

Jean Margaret Bellingham, age 88, of Aylesford, passed away peacefully on October 3, 2021, in Au Logis d’Meteghan. Jean was born in Epsom, Surrey, England, on August 23, 1933, and was the daughter of the late Alfred and Ethelbert (Jones) Hyde.

She enlisted in the Royal Air Force at the age of 21 and proudly served her country as a radar plotter for four years. While serving at RAF Sandwich, England, she met her future husband, Robert. They were married on her birthday in 1958 and proceeded to have three children.

The happy couple wanted security, space and adventure in their future and in 1967 the family immigrated to Canada. They lived and thrived in the Ottawa area until 1973 when the family moved to a small farm at Heckston, Ontario. Jean and Robert spent 23 years on that farm, raising their family, along with various livestock, and enjoying the rural lifestyle. Jean was very involved in the community; she was supportive in her children’s schools, 4-H programs, and community clubs and also held various employment positions.

When the retirement years arrived, the need for a new adventure brought Jean and Bob to a small apple orchard in Aylesford, Nova Scotia in 1996.  Jean enjoyed time with her family in Nova Scotia and also became very involved in the local community including the Community Health Board and the Aylesford Lioness Club. As an active community member, Jean always enjoyed bowling, attending community breakfasts, flea markets and auctions, local fairs and craft shows, and volunteered when and where needed.

Jean moved to Church Point in 2019 and spent her remaining years enjoying the ocean breeze and the gentle embrace of the local community.

She is survived by her sister Dorothy; her three children, Steven (Denise), Vincent (Tracey), and Cindra (Gary); six grandchildren and two great grandchildren.

In addition to her parents, Jean was also predeceased by her loving husband of 62 years, Robert.

Service to be held at a later date. Memorial donations may be made to a charity of one’s choice.  Arrangements have been entrusted to Serenity Funeral Home, Digby County Funeral Chapel, 367 Highway #303, Digby, NS B0V 1A0 (902-245-2444).

Share Your Memory of
Jean
Upload Your Memory View All Memories
Be the first to upload a memory!
Share A Memory