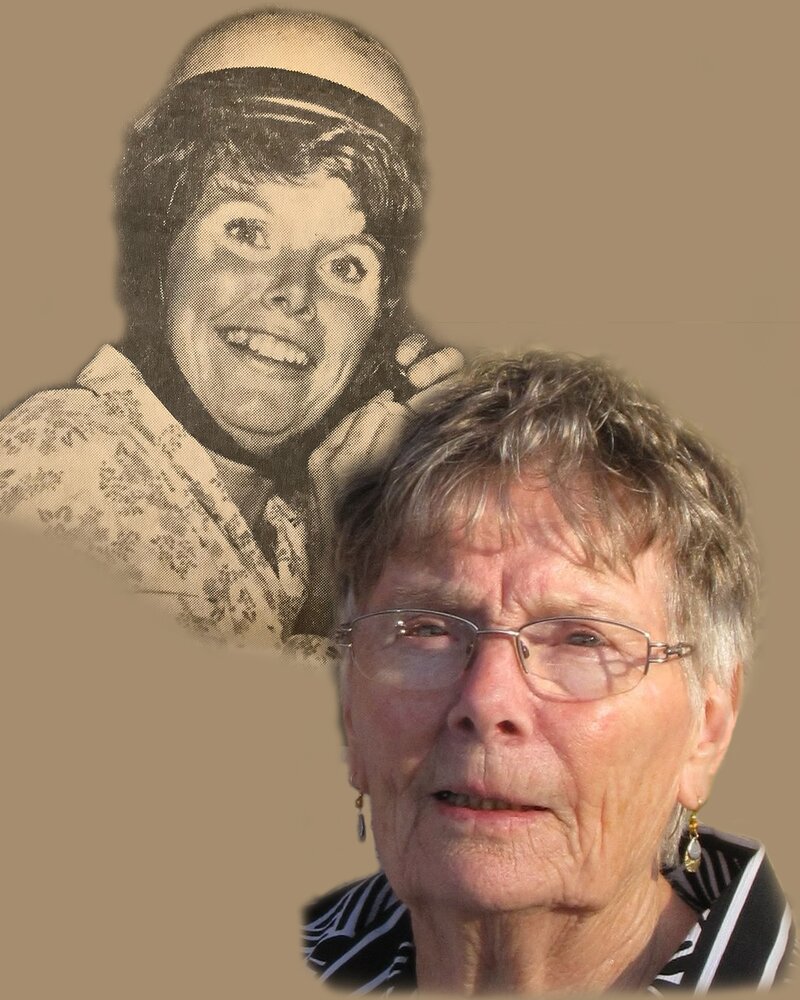 Please share a memory of Alice to include in a keepsake book for family and friends.
View Tribute Book

It is with great sadness that the family of Alice Mary Montgomery (neé Burns, 1934-2021), 87 years young, of Aylesford, tell you that Mom has said a peaceful last goodbye to us all, just as she wished and chose, on Wednesday, November 10, 2021. Alice was born in Saint John, New Brunswick on October 11, 1934, the only daughter of Alice Rifka (Campbell) and Robert “Bob” Duncan Burns.

Alice often spoke of her days growing up in Saint John and how difficult the war years were for her with her father away from the family for those long years. Alice often wondered how her mother could be so strong which was often reflected by Alice as she grew and in her long life. While attending Saint John Vocational School, Alice made the difficult decision to leave, as she was recommended into and accepted an apprenticeship in hairdressing with Loretta Boone and George the Barber. Alice successfully completed her apprenticeship and worked alongside Miss Boone for some years after and then from her home. Saint John Vocational school also led Mom to her future husband, Robert “Bob” Montgomery.

Alice and Bob were married on July 31, 1954 and spent the next 64 years side by side. As Alice and Bob’s family grew, they moved to the Lakewood area of Saint John until the Fall of 1969 when Bob’s work with ESSO transferred them to Dartmouth, until Alice thought she was ready for another adventure.

In 1973, Alice spotted an ad in the paper and she and Bob soon began the adventurous undertaking to own and establish a very successful campground in Aylesford. The family relocated to Aylesford and Klahanie Kamping which also became a home away from home for generations of families to gather for 30 years of laughs, corn boils, weenie roasts, family gatherings, and Thanksgiving Dinners.

Alice was predeceased by her parents; her husband of 64 years, Bob; and oldest brother Robert “Bobby” Burns of London, ON.

Alice has asked that you hug someone, take them out to a nice lunch, then to take a couple minutes and listen to Brad Paisley’s song “When I Get Where I’m Going”.

Thanks go to Erica Maynard, Nurse Practitioner, for giving Alice compassion and the peaceful transition she so wanted.

Cremation has taken place, and at Alice’s request, there will be no funeral. Interment of both Alice and Bob will take place at Ocean View Memorial Gardens, 715 Latimore Lake Rd, Saint John, NB on Friday, November 26, 2021 at 2:00 pm. In lieu of flowers, Alice and her family ask that memorial donations be made in Alice’s name to the Annapolis Valley Salvation Army, the IWK Children’s Hospital, Halifax, or a charity of your choice. Arrangements have been entrusted to Serenity Funeral Home, 34 Coldbrook Village Park Dr., Coldbrook, NS, B4R 1B9 (902-679-2822).

Share Your Memory of
Alice
Upload Your Memory View All Memories
Be the first to upload a memory!
Share A Memory