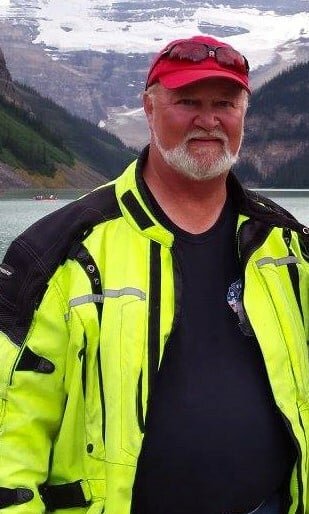 Please share a memory of Joseph to include in a keepsake book for family and friends.
View Tribute Book

Joseph “Joe” Gray Smith, 66 of Bedford, passed away on January 19, 2022 in the QEII Hospital. Born in Halifax, he was the son of Betty (Marriott) and the late Kenneth Smith.

Joe attended Sackville High School in Nova Scotia and received his diploma for plumbing from the Dartmouth Vocational School. He worked for Shell Canada for many years. After Shell Canada, he was transferred to Thermal Shell and then to Blue Wave Fuels; which he retired from and took a couple years off employment. After he enjoyed his time off, Joe went on to become a school bus driver working for Stock and finishing his last employment driving the school bus with Southland.

Joe loved playing all types of sports, such as: hockey, volleyball, football, baseball, lacrosse, golfing, and curling with the Bedford Fire Department and Shell Canada. He also did some hunting and fishing and enjoyed going snowmobiling and 4-wheeling. He loved boating and his favorite pass-time was riding his motorbike and going on many trips with fellow bikers.

He was a member of the Bedford Volunteer Fire department for 20-years, serving on many committees. He was also a member of the Bluenose Campers (NCHA) and of the Gold Wing Road Riders Association.

His pride and joy were his four beautiful grandchildren whom he loved very much.

In addition to his father, Joe was predeceased by his son, Joseph Allan and parent-in-law, Ed and Joan Bland.

Our family would like to thank all who sent flowers, food, messages, and phone calls of condolences, special thanks to Dr. Daniel Rayson and his team who cared for Joe during his illness. The family also sends out a thank you to OUR GWRRA CHAPTER "A" and his last employer Southland.

There will be no funeral services at this time but there will be a celebration of Life at a later date. In lieu of flowers, memorial donations may be made to The Canadian Cancer Society, Diabetes Canada or any organization of your choice. Arrangements have been entrusted to Serenity Funeral Home, 34 Coldbrook Village Park Dr., Coldbrook, NS, B4R 1B9 (902-679-2822).

Share Your Memory of
Joseph
Upload Your Memory View All Memories
Be the first to upload a memory!
Share A Memory