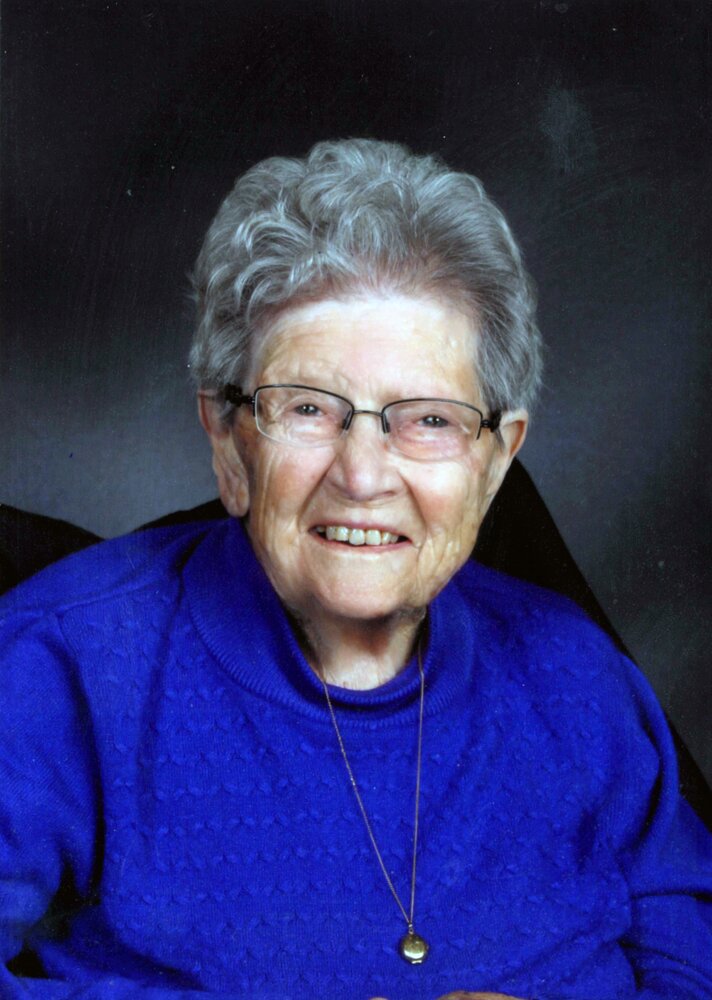 Joan Eaton, 106 of Wolfville passed away on February 3, 2022 in Mountain Lea Lodge, Bridgetown. Born in India in 1915, she was the daughter of the late Charles John and Florence Caroline (Townsend) Templeman.

She attended school in England, spending happy summers with her British cousins. Joan graduated with a certificate in early childhood education and returned to India to teach school.  She met and married a Canadian dentist, John Eaton, and they had two sons, Peter and Ron. Once they returned to Wolfville after the war, their daughter Sally was born. Joan was actively involved in the community with the Anglican Church Women, Canadian Federation of University Women, Girl Guides of Canada, and the local theatre; all benefited from her enthusiastic participation.

Upon the loss of her husband at an early age, Joan began teaching elementary school in Wolfville and continued to do so for many years. During this time, she completed her BA and BEd at Acadia University.

Throughout her life Joan travelled widely, enjoying new adventures with family and friends. She maintained a keen interest in the arts, education and community and attributed her longevity to her connection with children. Joan cherished her time with family and was an engaged, loving and supportive Granny to her granddaughters and great-grandchildren; always ready to listen and talk about their lives.

Joan’s limitless positive attitude was remarkable and she will be deeply missed.

In addition to her parents, Joan was predeceased by her husband, John; and son-in-law and scrabble opponent, Wayne Hills.

For the last few years of her life, she was cared for with love and affection at Mountain Lea Lodge in Bridgetown. Joan’s family is eternally grateful for their outstanding care.

A Private Memorial Service will be held at a later date in the St. John’s Anglican Church, Wolfville. Interment will be held later in the Spring of this year. Family Flowers only. Memorial donations may be made to the Canadian Cancer Society, Nova Scotia Heart and Stroke Foundation, or charity of choice.  Arrangements have been entrusted to Serenity Funeral Home, 34 Coldbrook Village Park Dr., Coldbrook, NS, B4R 1B9 (902-679-2822).