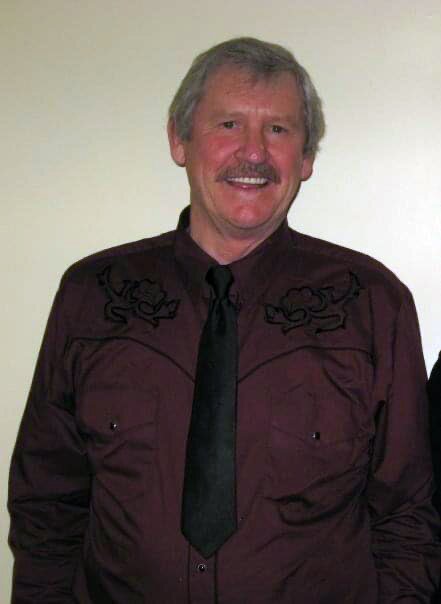 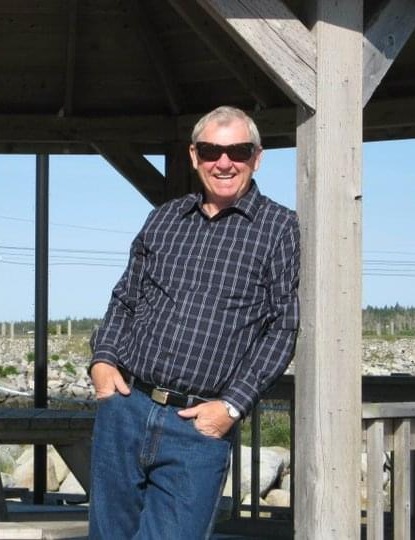 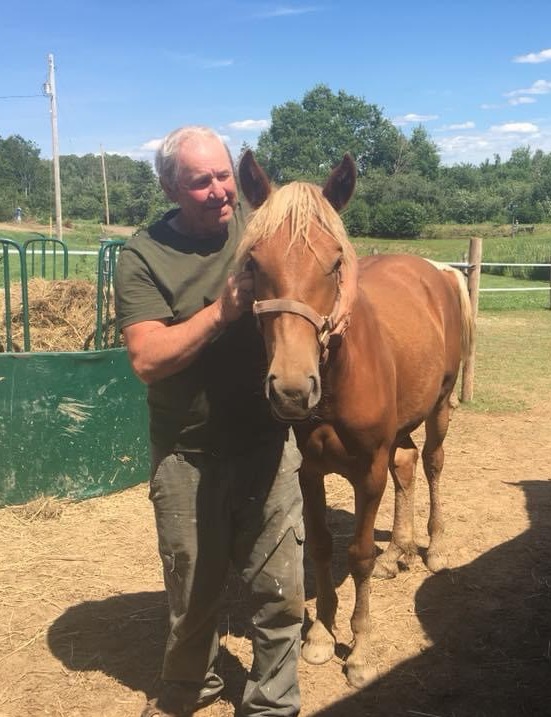 David Lawrence Ashley Harris, 71 of Hantsport, passed away March 3, 2022 in his home in the comfort of his loving family. Born in Wolfville, out of twelve, he was the eleventh child of the late Wesley and Harriet “Hattie” (Davidson) Harris of Greenfield.

David worked at several jobs over the years, from farm labourer, woodsman, and cemetery caretaker to his true calling, carpentry, painting, drywall, and any other type of construction work. He and his wife, Joanne, built their home together, then created their hobby farm. His horse, Dakota, and his cat, Pebbles, held a special place in his heart.

A lover of music, David was a member in several bands in his younger years. As he grew a bit older he became especially fond of bluegrass music and enjoyed being a memeber of the bluegrass bands, Valley Thunder and Smokey Ridge. Although David loved his bluegrass music, he also liked classic country and old time rock and roll, all of which he played on his guitar, banjo, or whatever other instrument happened to be handy (he could play them all). You could often find or hear David playing his banjo first thing in the morning; even before Joanne had her first cup of coffee, he was a very brave man. His created his bluegrass band, Valley Thunder with his wife and several friends. They played all over the valley and south shore.

David loved his family dearly, his wife held his heart and soul, Joanne was his best friend. They shared everything and enjoyed doing everything together, hunting, fishing, travelling, hiking, camping, and farming. Outside of work, if you saw one you would see them both.

David will always be remembered for his love, laughter, practical jokes, and just a special, caring person and a great friend.

David is survived by his loving wife, Joanne (Sponagle); children, Chris (Marjorie); Lori Ann (John); Jeff (Amanda); the children’s mother, Louise; brothers, Harlen and Hartley; sisters Pauline and Gloria; five grandchildren; one great-grandchild; and many nieces, nephews, great-nieces, great-nephews, and friends. Special thank you to Kenneth for all the time spent and help he gave.

In addition to his parents, David was predeceased by sister, Marguerite, Hazel, and Marjorie; brothers, Lovett, Elwin, Waldo, and Junior.

A Memorial Service will be held on March 26, 2022 at 2:00 pm in the Gaspereau Church with a reception to follow the service in the Gaspereau Community Hall. Interment in Greenfield Cemetery will take place at a later date. Family Flowers only. Memorial donations may be made to the Carey-Me Fund. Arrangements have been entrusted to Serenity Funeral Home, 34 Coldbrook Village Park Dr., Coldbrook, NS, B4R 1B9 (902-679-2822).