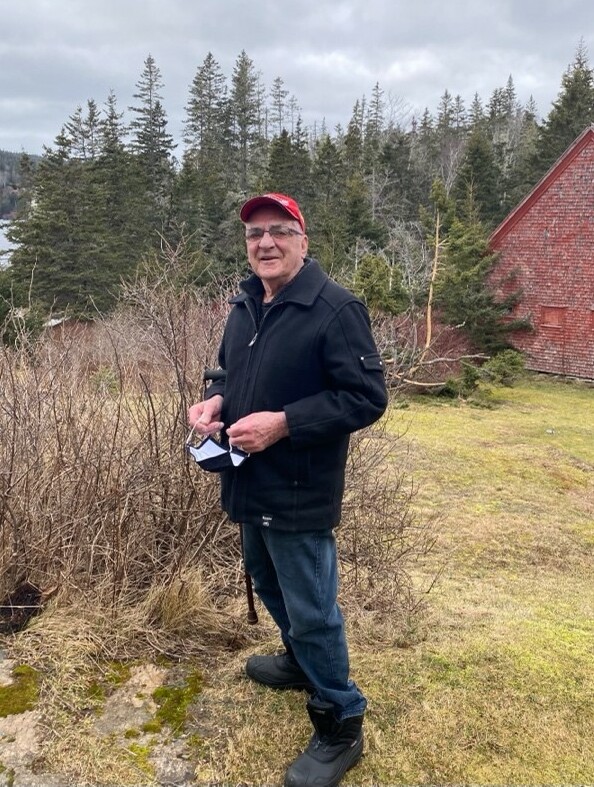 Please share a memory of Brian to include in a keepsake book for family and friends.
View Tribute Book

Brian Lester Awalt was born on November 28, 1944 to Oliver Erastus Awalt and Gertrude Irene Awalt (Boutilier). He grew up lobster fishing with his father from the age of 12 years old in the St. Margarets Bay Area. His family home was a peaceful seaside retreat in Aspotogan, where he held many treasured memories.

When his lobster fishing days were finished, he found employment in construction and eventually moved to the Annapolis Valley in the 70s where he met and married the love of his life, Judy Awalt (Corkum) in 1977. He spent the rest of his life working hard as a painter. He worked for the military Camp Aldershot and the Greenwood Base and held special clearance that allowed him to take jobs for places like the local RCMP office. He ran his own successful business as a contractor for many years where he finished his career in December 2015. He was highly sought after and many of his former clients remembered him fondly for the wonderful, talented man and hard worker he was.

Brian was an incredible husband, father, grandfather, and friend. When he was not working, he could be found sitting quietly with a good western or mystery novel. He loved animals, music, and dancing with Judy. He loved his wife and family more than anything in the world. He is remembered for his sense of humour, positive mindset, and determination to work hard to provide for his family. Even in his last days he wanted to ensure his loved ones’ needs would be looked after. He was proud of his children and grandchildren and spoke highly of them to others.

Brian was predeceased by his brother Percy, and his mother and father. He is survived by his wife Judy of 45 years, two sons Bryan (Jane) and Kevin (Nicole); two daughters; and five grandchildren.

Brian lived over a decade with lung cancer and was later diagnosed with COPD. He passed into Heaven, comforted in his last hour by Judy and granddaughter Amelia on Wednesday, October 12th, 2022 at around 4:30pm. Special appreciation goes to Dr. Wadden, family doctor, Family First Medical, and the Valley Hospice Foundation and staff, for the amazing compassion and care given over the years and into the final stages of life.

Cremation has taken place and a service will be held later. Memorial donations, in Brian’s memory, may be made to the Valley Hospice Foundation. Arrangements have been entrusted to Serenity Funeral Home, 34 Coldbrook Village Park Dr., Coldbrook, NS, B4R 1B9 (902-679-2822).

Share Your Memory of
Brian
Upload Your Memory View All Memories
Be the first to upload a memory!
Share A Memory