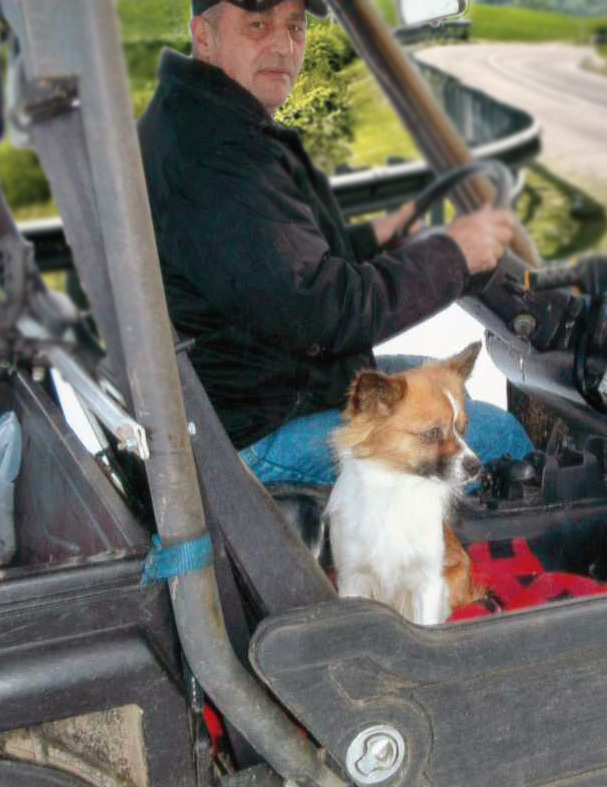 It is with great sadness and broken hearts, that we announce the sudden passing of Clifford A. Surrett, 68 of Brighton Digby Co., on April 5, 2019.

He is survived by his loving wife, Dale of 31 years; sons Troy (Amanda Hersey) Surrett; William Surrett; step-daughter Barb Buckler; Cliff’s grandchildren Falyn, Tori, Marci, Matthew and Ethan; one great-granddaughter Makenna; and his loving companion Foxy, who was always with him.

Cliff was well-known within the community, and most well-known being Chief of Brighton & Barton Fire Dept. for 30 years, with over 40 years in the Fire Service.  Cliff was also an honorary member of the Digby Fire Dept.  He devoted a lot of his time to the fire dept. and community, but he always loved spending time with family and friends.

There were many activities, Cliff enjoyed doing; playing washer toss, cards, riding his ATV and spending time at his camp.  He was also an avid hunter.

You could see him around town at many events or his nightly coffee runs to Tim Horton’s.  Cliff loved his community and he was always willing to lend a hand.  Cliff had a big heart and would have given his shirt off his back to anybody in need. But there is one thing to be said, you could always count on Cliff and if he didn’t want to do something, he’d tell you.

There were two sidekicks that could always be seen with him, his wife Dale and his beloved dog, Foxy.  Cliff loved his sons Troy and William, along with his grandkids, even the fire dept. members were part of his extended family.

He spoke his mind and was a little stubborn, but in the end, he was loved by so many. In his younger years, he worked as a Lobster Fisherman and later on, he worked in the woods, logging.  He finished the last years of his career working at Lewis Moulding & Wood Specialties, Ltd.

Cliff touched many lives; he will be sadly missed in the fire department and his community.

Cremation has taken place and a Celebration of Cliff’s Life will be held on Wednesday, April 17, 2019 at 2:00 pm in the Brighton & Barton Fire Hall. Memorial donations in memory of Clifford Surrett may be made to the Brighton & Barton Fire Hall.  Arrangements have been entrusted to Serenity Funeral Home, Digby County Funeral Chapel, 367 Highway #303, Digby, B0V 1A0 (902-245-2444).

Share Your Memory of
Clifford
Upload Your Memory View All Memories
Be the first to upload a memory!
Share A Memory
Plant a Tree