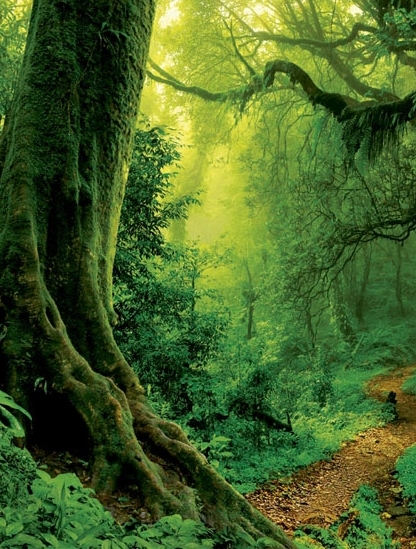 Jane Munroe Aaron Vander Wal  passed away on May 4, 2019 in Berwick, Nova Scotia.  She was born in 1937 in Hopkinsville, Kentucky.  She was predeceased by both of her parents, Mary Evelyn Aaron and Henry Aaron when she was a teenager. Jane is survived by her daughters, Ridley A. and Vivion Vinson, and her artist husband Jack Vander Wal.

Jane was an artistic, creative person all of her life.  She was both a poet and visual artist.  Her poems appeared in the compilation, Growing old along with me the best is yet to be, and in several literary magazines, including, The Antigonish Review, Contemporary Verse, and The Fiddlehead.  Jane was invited to read her poems at the G7 Summit in Halifax, Nova Scotia in 1995.  Her love of painting since she was a child led her to achieve an M.A. in Painting at the University of California, Berkeley, and she continued to paint oils and watercolours as a lifelong journey.

Jane developed a deep love of nature and spent hours forest-scaping in her beloved “enchanted forest” with her dogs, Buttons and Sally.  She was very proud of her daughters’ artistic expressions in music and writing, and her husband’s paintings.  Since moving to Nova Scotia from Alberta in 1976, she loved living on the Bay of Fundy shore.

The family will be holding a private service at a later date.  Friends are invited to donate to the N.S.P.C.A. in lieu of flowers.

We matter we find ourselves mattering-

sadly raising fists against the night

we were not given easy, walk on parts-

and have no control

only the delighted can show their faces

even with sliding mountains, giant waves-

I need to dissolve these earthly bonds,

Share Your Memory of
Jane
Upload Your Memory View All Memories
Be the first to upload a memory!
Share A Memory
Send Flowers