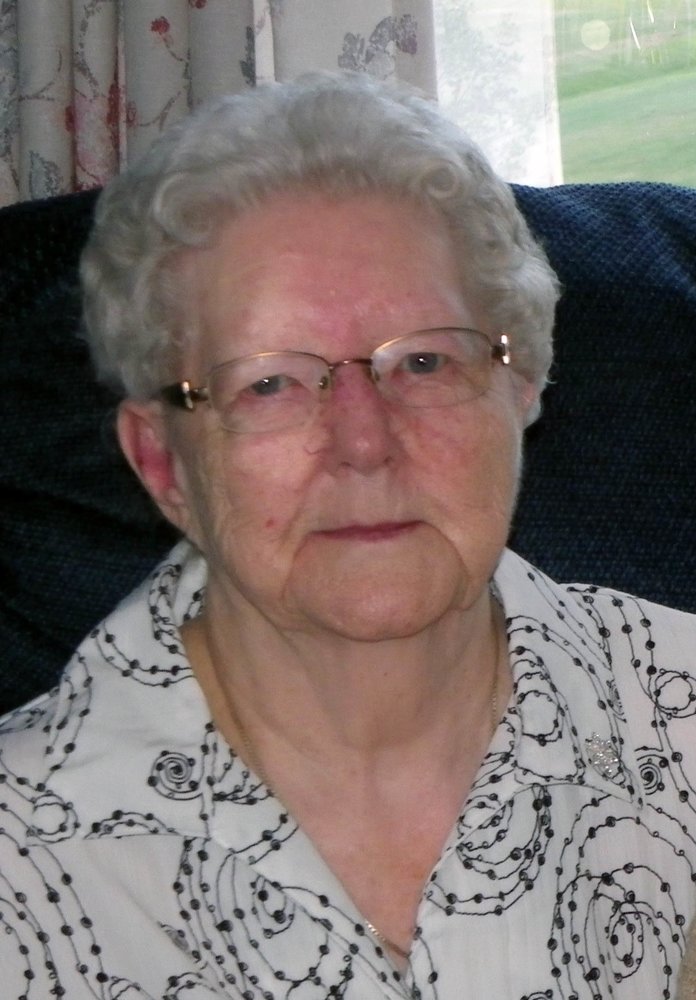 Cora Marion Crocker, of Canada Creek  passed away peacefully at the age of 87 years in Grand View Manor on Monday, June 3, 2019.  Born in Berwick, she was the daughter of Albert and Florence (Siggens) Schnare.

Cora was a member of the Black Rock Baptist Church, had taught Sunday School at one time and was a life member of the Ada Saunders Women’s Missionary Society.  She was a faithful member of the Jolly Workers Sewing Circle.

Cora was a wonderful homemaker and cook.  She loved all babies who came within her arms reach and she had an extremely soft spot for the elderly. Family, her faith in the Lord Jesus Christ and her dearest friends were her fondest cares in life.

She fostered many children for many years.

The family wish to express a special thanks to the staff of Grand View Manor for their wonderful care.  She spoke often of the friendships she made there and considered herself blessed by them.

Share Your Memory of
Cora
Upload Your Memory View All Memories
Be the first to upload a memory!
Share A Memory
Send Flowers