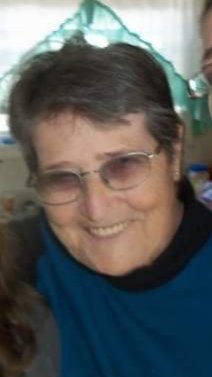 Madeline “Madge” Mae Benjamin, 86 of New Minas, passed away on July 1, 2019 in the Valley Regional Hospital.  Born in Kentville on March 17, 1933; she was the daughter of the late Sydney and Evelyn (Shay) Stevens.

In keeping with Madeline’s wishes, cremation has taken place and a Graveside service will be held on Sunday, July 7, 2019 at 1:00 pm in the Gaspereau Cemetery. Memorial donations may be made directly to the Kingdom Hall, Kentville Congregation.  Arrangements have been entrusted to Serenity Funeral Home, Wolfville Funeral Chapel, 568 Main Street, Wolfville, B4P 1E5 (902-542-4656).

Share Your Memory of
Madeline "Madge"
Upload Your Memory View All Memories
Be the first to upload a memory!
Share A Memory
Send Flowers