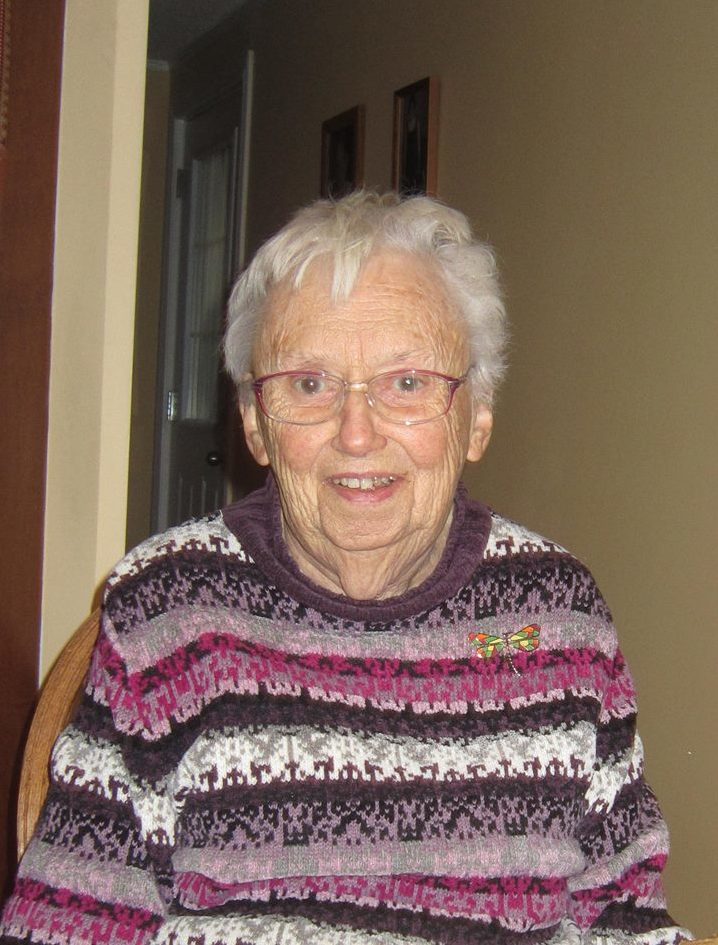 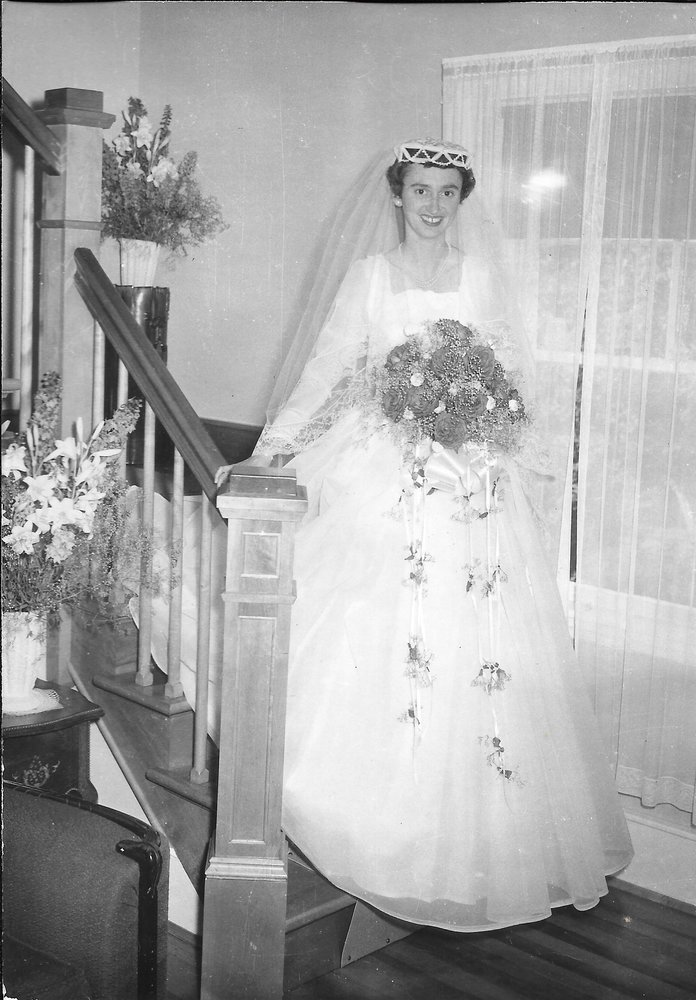 Alice Bernice Workman, age 91, New Ross – With heavy hearts we announce the death of our mother, Alice Workman, on July 28, 2019, peacefully at home. Born in Mahone Bay, NS, on May 13, 1928, Alice was the daughter of the late Ellen (Larder) Mader, and Frank Mader, Sr.

Alice grew up in Mahone Bay, before moving to Halifax to attend Commercial School. She worked for the Retail Credit Company until meeting a handsome sailor at a YMCA dance. They married while he was posted in Halifax, and then moved to Montreal where she became a stay at home Mom. She excelled in this and made it look effortless. Jim and Alice moved to New Ross in 1962 to look after her uncle, and made a life for themselves in the community. Alice was a founding member of the first recreation Committee in New Ross, helping to organize swimming lessons for hundreds of New Ross children, and edited the New Ross Flyer for many years. She sat on the NRCS Board of Trustees, and served the Anglican church community through the Guild, while raising three kids and doing the book work for Jim’s oil business. She baked for us, advised us, admonished us when we needed it, and was always there with a listening ear and an open heart. Goodbye Mom. You’ll be missed.

A visitation will take place on Wednesday, July 31, 2019 from 6:30 to 8:30 pm in the Forties Community Centre. A Funeral Service will be held on Thursday, August 1, 2019 at 2:00 pm in the Christ Anglican Church, New Ross with Rev. Laura McCue officiating. Family Flowers only. Memorial donations may be made to the Christ Anglican Church, New Ross or the Alzheimer’s Society of Nova Scotia. Arrangements have been entrusted to Serenity Funeral Home New Ross Funeral Chapel, 4935 Hwy #12, New Ross, B0J 2M0 (902-689-2961).

Share Your Memory of
Alice
Upload Your Memory View All Memories
Be the first to upload a memory!
Share A Memory
Send Flowers