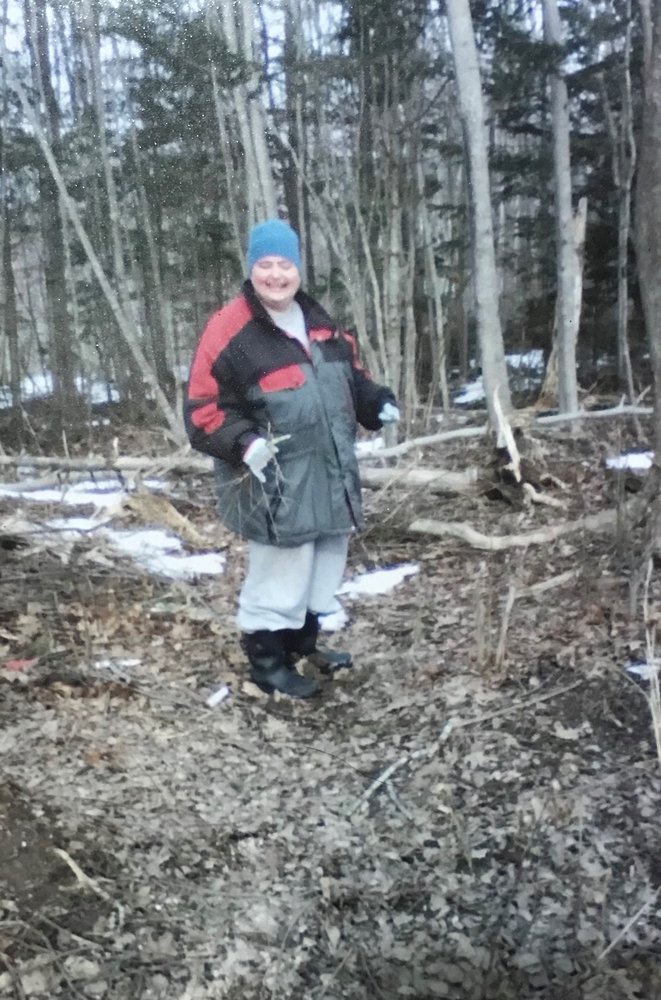 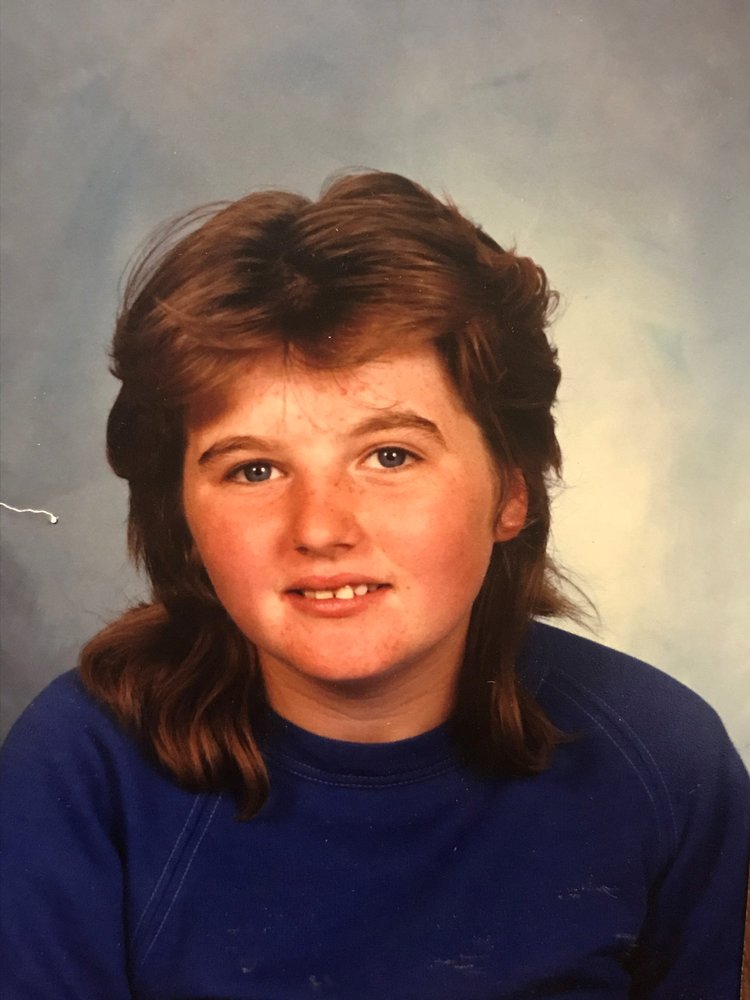 Peggy Lee Angela Atwell, 46 of Hantsport  passed away October 5, 2019 in the Halifax infirmary. She was the daughter of Irene Atwell and the late Ernest “Pean” Crowell.

There was hardly a time that you would see Peggy without a smile, unless you tried to take one of her sticks that she favored, then her expression turned to unimpressed, as she loved her sticks in her hands to twist and to snap. Peggy had her mother’s heart and her father’s love of laughter. Her love of laughter made her quick to join in on any practical jokes. These were usually instigated by her sister and directed at their mother.

She loved and cared for all her family, but recently she enjoyed a special relationship with her little cousin, Ben. Peggy always wanted to be helpful in any way she could.  When hanging out clothes, she made it her job to go get you the clothespins and then put them away when done.  Her helpful heart wasn’t so handy when you would place a $20 bill on the table, and Peggy would “clean-up” and throw it in the garbage bin for you.

Peggy lived her life by enjoying the simple pleasures; long car drives, wiener roasts and playing ball with her dog, Jasper.  She had a lifetime of watching planes fly across the sky and she got to enjoy her own flying adventure in her final hours. Peggy loved her family, animals (especially horses), being outside and the holiday season.  When the leaves changed color, she began her argument that the Christmas tree needs to go up. By far, the most desired in her life was her favorite drink, Pepsi. You could never have enough.

She is survived by her mother Irene; brother Paul Atwell and sister Pam Atwell.

A Graveside Service will be held on Wednesday, October 16, 2019 at 4:00 pm in the Bishopville Cemetery. Memorial donations may be made to the Epilepsy Association of Nova Scotia or Autism Nova Scotia.   Arrangements have been entrusted to Serenity Funeral Home, 34 Coldbrook Village Park Dr., Coldbrook, NS, B4P 1B9 (902-679-2822).

Share Your Memory of
Peggy Lee
Upload Your Memory View All Memories
Be the first to upload a memory!
Share A Memory
Send Flowers