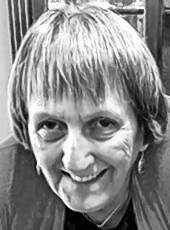 Jean Billard, age 76, of Halifax, slipped away just before midnight on Wednesday, November 13, 2019 in the Halifax Infirmary, QEII surrounded by family. Born in New Haven, Cape Breton, to John and Dorothy Sams (Lamey).

Jean was a loving wife, mother, grandmother, sister and friend.

She enjoyed live music, darts, baking and just being with friends and family.

Jean left New Haven, Cape Breton in the early 60s and moved to Halifax to attend Business School. On a visit home she met the love her life, Lloyd, through her brother Sandy when he brought him home to Cape Breton for Christmas. They then embarked on an adventure that had her traveling from coast to coast with Lloyd during their numerous postings with RCAF and later with Transport Canada from Comox, B.C. to North Bay, Ont., Armstrong, Ont., Chatham, Ont., Goose Bay, N.L., Stephenville, N.L., Goose Bay (again), Halifax then finally Gander, N.L. Once they retired to the little bit of paradise on earth called Grand Bruit, N.L., she enjoyed many years of gardening, crafts, music and summers with the grandchildren. In addition to hosting family from all over Canada in their home in Grand Bruit they also enjoyed getting away from it all in their small cabin just a short boat ride away. In 2007 she moved to Dartmouth with Lloyd for health reasons. She enjoyed many years of traveling for live musical events, plays, family performances and visits to Cape Breton and Port Shoreham. She especially enjoyed watching the youngest generations of her extended family performing at Celtic Colours and many other venues.

A special thank you to the staff of the Halifax Infirmary 8.4 for your compassionate care.

A Memorial Service followed by reception will be held in Woodlawn United Church, Dartmouth, Saturday, November 23rd at 1 p.m. Memorial Donations to the Canadian National Institute for the Blind, Spencer House Seniors' Center or charity of your choice. Arrangements have been entrusted to Serenity Funeral Home, 34 Coldbrook Village Park Dr., Coldbrook, NS, B4P 1B9 (902-679-2822).

Share Your Memory of
Eleanor
Upload Your Memory View All Memories
Be the first to upload a memory!
Share A Memory
Plant a Tree