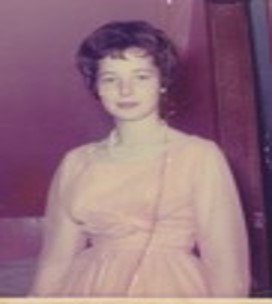 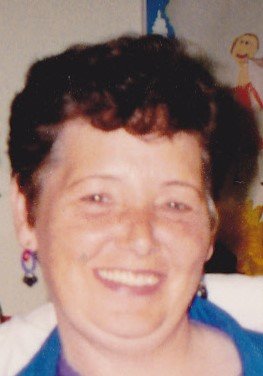 Margaret Agnes Blackburn, 75 of Lower Prospect passed away peacefully in hospital, December 28, 2019. Born in Halifax, she was a daughter of the late Lawson and Amanda (Haines) Pelrine.

Never before had a city girl come to love the country so well. Margie met Leo when she was very young and foxy, while working at Forty Fathoms in downtown Halifax. They went on to marry and have three sons for whom she did all she could. She became a grandma at the age of thirty-seven and several grandchildren were to follow. Some lived near and some very far, but she loved them all. How they treasured when she took them to the sea shore to play for hours, that is until the time rolled around to join the girls for a card game. She had a great group of women who welcomed her into the fold and they spent many hours enjoying the simple things in life, going for walks, to Buddy’s bingos and you could always count on them preparing food for each other’s special occasions. She spoke highly of her wonderful friends and sometimes they would crack her up with their fun-loving ways. Margie eventually had a granddaughter to live in Lower prospect and she was so happy to have her come in and say, “let’s make some cookies, Nan”.

Her Later years saw life take its toll and now she has laid her burden down, and we know in our hearts she’s made Heaven that much brighter. Our Loss is Heaven’s Gain.

Besides her parents, Margie was predeceased by husband Leo and brother John (Netty).

Sincere thanks to her best friend Marion Humphrey who helped her ‘till the end.

A Celebration of Life will be held on Saturday, January 4, 2020 at 1:00 pm in the Terrance Bay Community Hall. Burial will take place at a later date. Memorial donations may be made to the charity of choice.   Arrangements have been entrusted to Serenity Funeral Home, 34 Coldbrook Village Park Dr., Coldbrook, NS, B4P 1B9 (902-679-2822).

Share Your Memory of
Margaret &quot;Margie&quot;
Upload Your Memory View All Memories
Be the first to upload a memory!
Share A Memory
Send Flowers