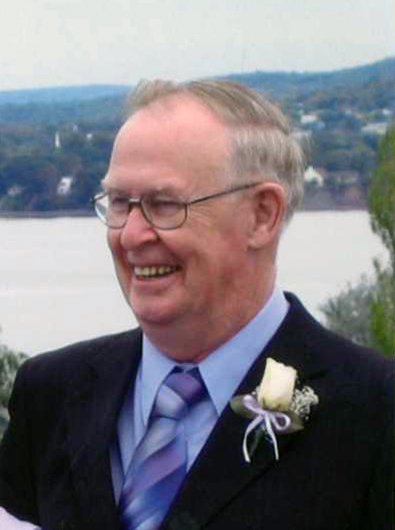 Everett Lawrence Reade, 82 of Greenwich passed away peacefully at home with his loving wife by his side on January 7, 2020.  He was the son of the late Russell Ritchie and Olin Bernice (Dunfield) Reade.

Everett grew up in Moncton, NB.  He worked for CN before moving to Toronto, where he was employed by the Federal Manpower and Immigration as the Regional Security Manager for Ontario for 30 years. Upon his retirement, he moved back to Amherst and a few years later he met his soul mate, second wife Dianna and relocated to Windsor.  He was a Justice of the Peace for all of Nova Scotia for ten years and was actively involved with Hants County Crimestoppers for eight years.  Everett was also a member of the Police Advisory Board in Windsor and Kings County.  He was an active member of the Windsor United Baptist Church.

Never was, and never again, will there be a more loving and caring man. He always had a joke for everyone he met, friends and strangers alike. He will be sadly missed by family and friends.

Besides his parents, he was predeceased by his first wife Marie; brothers Ronald, Frederik and Ralph.

Cremation has taken place and in respecting Everett’s request, there will be no service.  Burial will take place at a later date. Memorial donations may be made to the Canadian Cancer Society or the Windsor SPCA.   Arrangements have been entrusted to Serenity Funeral Home, 34 Coldbrook Village Park Dr., Coldbrook, NS, B4P 1B9 (902-679-2822).

Share Your Memory of
Everett
Upload Your Memory View All Memories
Be the first to upload a memory!
Share A Memory
Plant a Tree