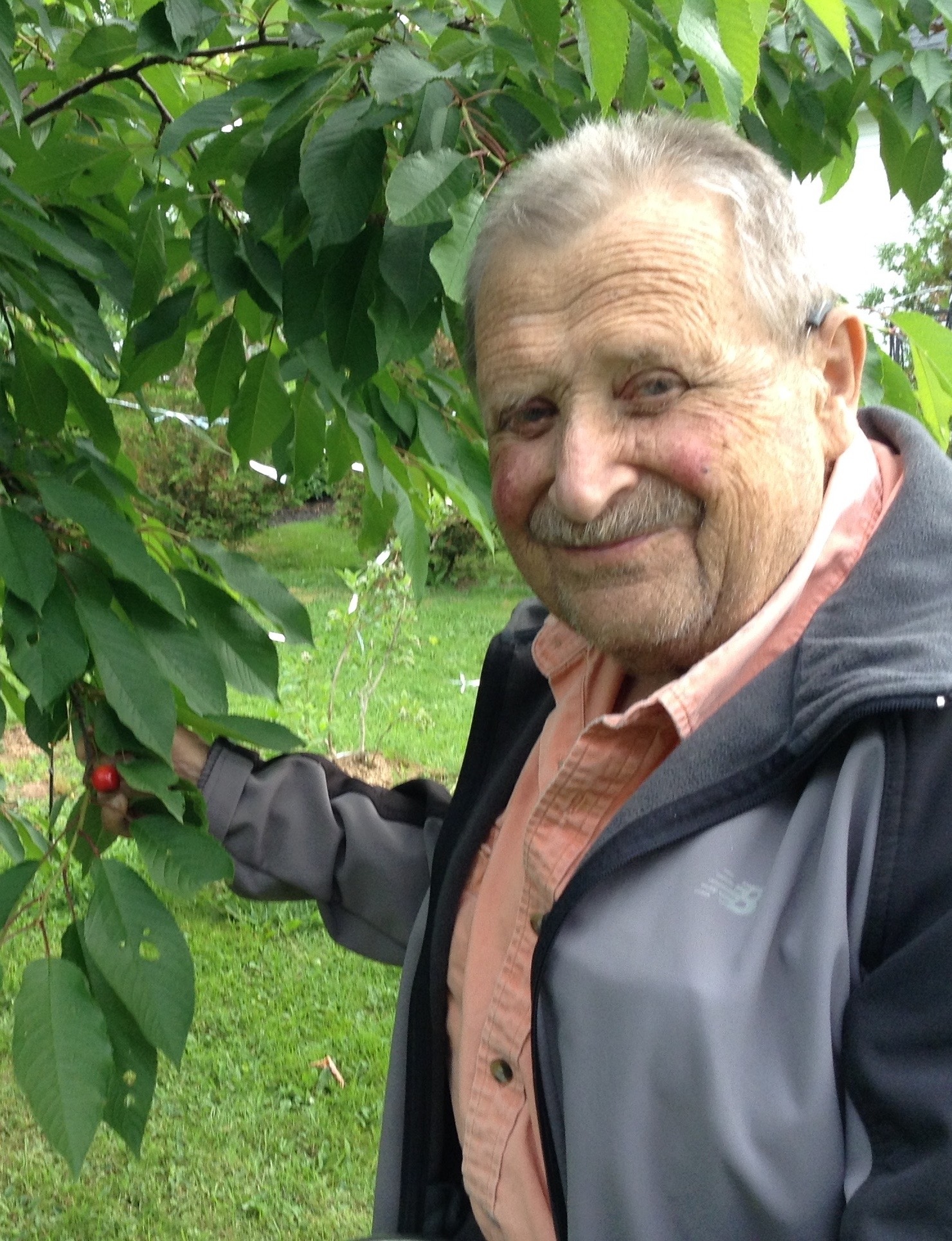 ** Please be advised that all services for Sam Dworkin are postponed until a later date to be announced, due to health concerns surrounding the Coronavirus pandemic.**

It is with great sadness that we announce the passing of Samuel “Sam” Hyman Dworkin, peacefully in his sleep, in the Valley Regional Hospital, Kentville on Wednesday, January 22, 2020.  Born September 15, 1933 in Montreal, he was the son of the late Esser and Ida (Mandelssige) Dworkin.

Sam moved to Wolfville in 2002.  When he was young, he bought and sold cattle with his father, Esser Dworkin, and later opened his own grocery store. Sam then went on to work for the London Life Insurance Company for several years and was a top salesman, earning many awards.

Sam liked to tell stories and reminisce about his past.  He loved fishing and reading, practically wore his membership card out with use, and he always had a book in his hands. He enjoyed his favorite games, which included Backgammon with Frank Thorensen, Cribbage with Rick Mehta and various video games to pass the time when he could no longer fish.

Sam’s sense of humour, fun-loving nature and strong spirit attracted people and he would often walk up to strangers, whenever he was in public, to strike up a conversation.  He was very proud of his family and children, he would boast often about their success.  Sam loved animals and expecially our cats, Sylvester, Smokey and Figaro.  A modest person, seeking very little for himself, Sam was happiest spending time with his wife and family, dedicating himself to them, as they were the great loves of his life.  He had a stubborn side to be sure, but he was generous to a fault, never hesitating to help someone in need.

Besides his parents, Sam was predeceased by his son Steven and brother Alec.

Sam wanted to have a party before passing away, but was too ill for it to be arranged. Arrangements have been postponed until a later date to be announced. Memorial donations in Sam’s memory may be made to The Valley Hospice Foundation, 15 Chipman Drive, Kentville, NS, B4N 3V7.  Arrangements have been entrusted to Serenity Funeral Home, Wolfville Funeral Chapel, 568 Main Street, Wolfville, B4P 1E5 (902-542-4656).

Share Your Memory of
Samuel
Upload Your Memory View All Memories
Be the first to upload a memory!
Share A Memory
Plant a Tree