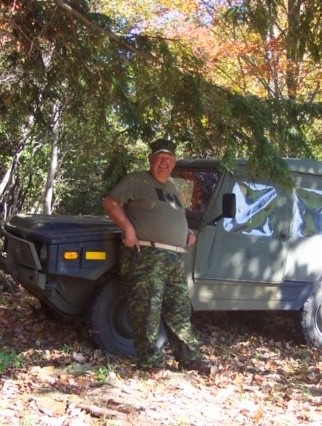 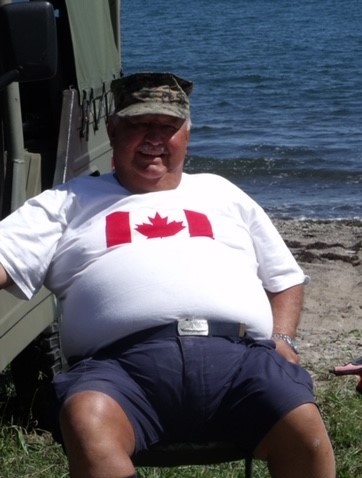 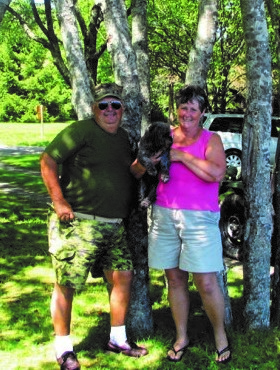 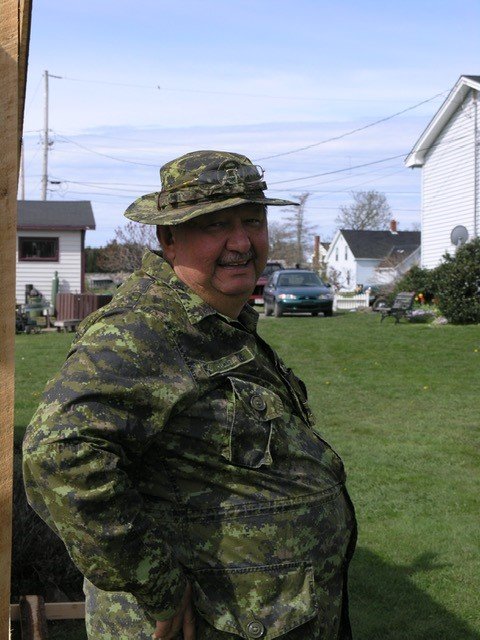 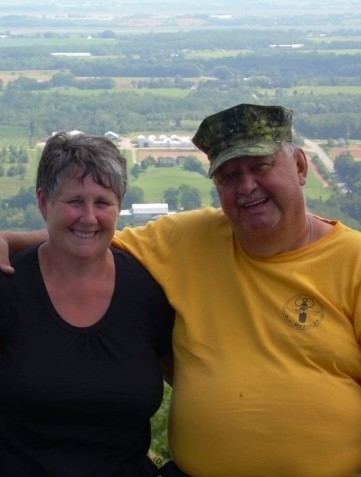 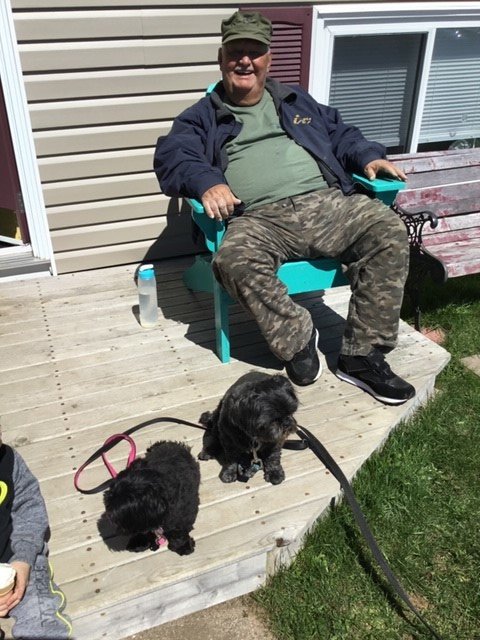 It is with heavy hearts that we share the passing of Dale Evans Halliday, beloved husband of Barbara and father of Shannon, “fur sons” Nick and Buddy, Grampie to “fur baby”, Sadie. Dale passed away in his home, at the age of 70 on March 6, 2020.

He will be remembered by many for his kindness and compassion while nursing at Digby General Hospital and by numerous adults and children who knew him as Uncle Dale.

Dale loved all things army and was a proud veteran of the Canadian Armed Forces where in his youth he was a combat engineer.  He was happiest when he was driving one of his numerous army jeeps with Barb by his side as co-pilot.

He will be missed by his wife, daughter and especially his fur granddaughter, Sadie, who happily spent her days in Grampie’s arms.

He was predeceased by his parents Victor and Myrtle (VanTassell) Halliday; brothers Wylie, Arthur, Merle, Carroll, Grant, Victor and Wellington; and sisters Jean, Dorothy and Frances.

The family would like to thank the VON, Tracy Graf (pharmacist) and Nurse Practitioner Gabriela Vellego for their special care and compassionate support.  A special thank you goes out to Amanda and Elfreda Thibault, Barry Milbury, Stephen Langley and Josh Wagner, who were there when we needed them the most.

At Dale’s request, there will be no service. Memorial donations may be made to the Victorian Order of Nurses or the Royal Canadian Legion, Branch 20, Digby.  Arrangements have been entrusted to Serenity Funeral Home, Digby County Funeral Chapel, 367 Highway #303, Digby, B0V 1A0 (902-245-2444).

Share Your Memory of
Dale
Upload Your Memory View All Memories
Be the first to upload a memory!
Share A Memory
Plant a Tree