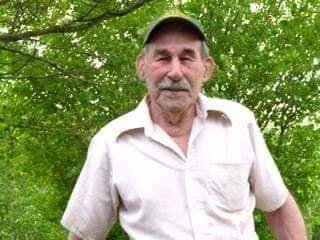 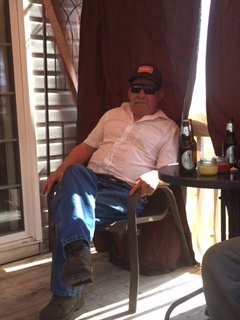 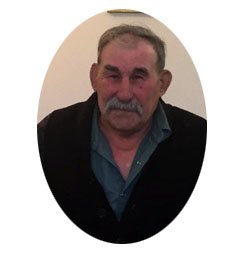 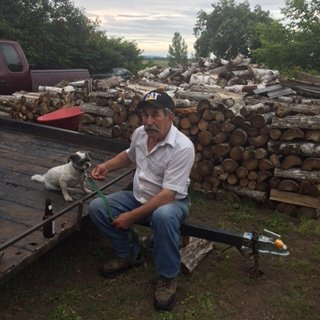 Ronald Willis Corbett, 84, of Kentville passed away on Sunday, June 7, 2020 in South Alton surrounded by his loving family. He was the son of the late William and Charlotte (Trahon) Corbett.

He always had a love to create things, ever since we could remember.  The beautiful carvings of wagons, horses, oxen and the many things that were created by his hands.

“My father could do anything you asked of him: bullet lighter, ox bells – you named it, the man had probably done it.  My father could work magic with his two hands, taking an old tree stump and carving it into a beautiful owl.” He was a “Jack-of-all-Trades”, and often took requests for special items to be made over the years.  He loved working with his hands and putting the attention to detail that made each piece. He took much delight in fishing and hunting in his younger years. “Father especially loved lobster.” Ronald would collect anything if he thought it was worth something in value.  It did not matter what is was.  He particularly loved tinkering with antique clocks.  He relished in the thought of showing his masterpieces and any work he completed.

A favorite past-time, was to drink his choice of Beer, Alexander Keiths, preferably warm… “I think the reason was to hide the beer from mother.”  Ronald’s laughter was contagious and his temper was one to be respected by all. He was kind-hearted and his generosity was limitless.; such a humble man, that he never liked to be the center of attention.  He adored his grandchildren and great-grandchildren.  “I can hear him saying, ‘I am a great-great-grandfather.’  In more times in years, father would have been a great-great-grandfather. Another saying of father’s was a question he would always ask, ‘What is the weather man doing?’; he was referring to his son-in-law, Michael.

Ronald used the land around him abundantly and was a great lover of nature.  He held a special place in his heart for his furry companion, Harry.  He also had a healthy respect for others and concern for their well-being. Every time someone was to leave his home, he would tell them to be very careful of the steps, as he was worried, they may trip and fall.

Ronald was a hard-working man with an extensive work history, including: TP Colkins; Doug Woodworth; ACA; Robie Kidson; Fred Dansart; Roscoe Potter; Norm Bezanson; Wilson Benjamin; Brent Reid; Garnet Medercraft; and John Jones. He was very proud to be able to cut up his wood and look after himself at 84 years of age!

“Father was worried he would not be remembered, but with all the memories shared by family and friends, I am certain he will not be forgotten.”

Interment will take place at later date. Memorial donations may be made to the Charity of One’s Choice.   Arrangements have been entrusted to Serenity Funeral Home, 34 Coldbrook Village Park Dr., Coldbrook, NS, B4P 1B9 (902-679-2822).

Share Your Memory of
Ronald
Upload Your Memory View All Memories
Be the first to upload a memory!
Share A Memory
Plant a Tree