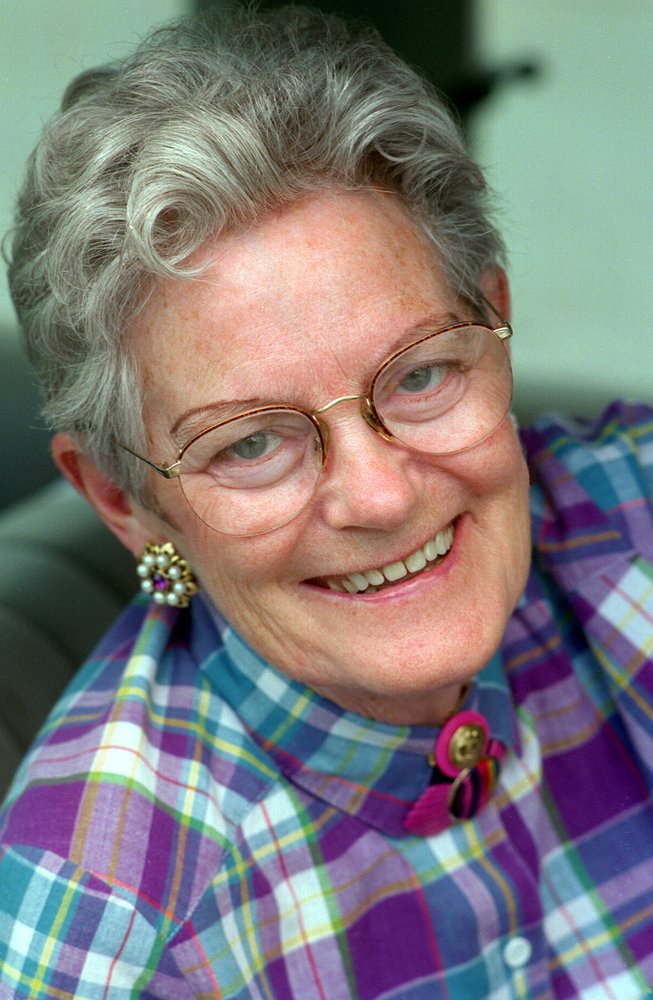 Dorothy Mae Clark (Reid), of Dartmouth, passed away July 26, 2020, in the Carter Senior Care, 92 Woodland Avenue in Dartmouth. Born in Shubenacadie, July 5, 1926, Dot was the daughter of Sedgewick “Seddie” and Emma (Seeton) Reid.

She was born in Shubenacadie and grew up next door to the Roxi Theatre, then later on worked as a telephone switch board operator in Shubie.

After marrying Dad (Mel Clark) in Shubie/1949 they moved to downtown Dartmouth, in 1956 they built a house in the wilderness of Dartmouth’s north end, on a remote dirt road called Woodland Avenue.

Collecting shiny jewelry, colourful cloths, stickers of all sorts for her letters and eating lots of sweets kept her busy along with watching/VHS taping golf games anything to do with Tiger Wood.

Mom loved being with her bowling league buddies, being with dogs, playing card and board games with family, cooking her famous apple pies and 6 layer cakes, fiddle music, dancing a jig, playing guitar or organ while she sang and had a special talent like her sister Gert for composing poems about birthdays and family events. She wrote many letters to friends and family and really enjoyed receiving same, especially from her nephew Donald Scott.

Mom (Gigi, Nan) with her very special smile that lit up a room, loved special gatherings meeting people and catching up on their news.

“Big screen TV” to her was watching (from her front steps for 63 years) people and traffic pass by her “always” blue and yellow home at the bottom of Woodland Avenue.

That traffic was treated to a huge display of brightly colored plastic flowers and flamingos covering the front yard/fence, many people stopped to take pictures.

We conservatively estimate she watched 100 Million vehicles pass by her over 63 years.

She asked for nothing and gave everything.

We are saddened of course by her passing but feel very lucky she was with us for so many years, friends like Theresa who visited and cared for Mom every morning for two years helped keep her in her home until a nursing home was needed for 24-hour care.

Special thanks to her caregivers at Carter Senior Care this past 12 months, for all they did to create a caring and safe “home like” environment, especially Meredith and Robin Carter who helped her thru these last two months of palliative care.

There will be no service, Cremation has taken place and interment will be held at a later date. Arrangements have been entrusted to Serenity Funeral Home, 34 Coldbrook Village Park Dr., Coldbrook, NS, B4P 1B9 (902-679-2822).

Share Your Memory of
Dorothy
Upload Your Memory View All Memories
Be the first to upload a memory!
Share A Memory
Plant a Tree