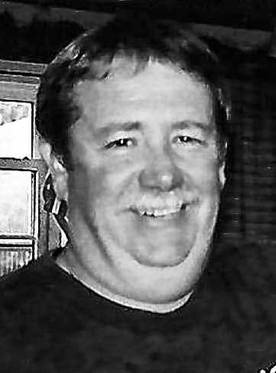 Kenneth Everett Roberts, age 63, of Eastern Passage. It is with profound disbelief and sadness that we announce the sudden passing of Kenny Roberts at home on Friday, October 9, 2020. Kenny was a son of the late Kenneth F. Roberts and the late Florence Roberts "Tommie" (Laidlaw), and predeceased by his sister, Jo-Ann Peters. He is survived by his wife, Darlene (Doucette); sons, Kyle (Ashley) and Evan (Ellienne); brother, Donald (Linda); nieces, nephews and their families, and fur grandbabies Lucy, Ami, Autumn and Willow.

Being from an army family they were stationed from British Columbia, where he was born in Chilliwack, across Canada and Nova Scotia where his family finally settled. He attended many schools in HRM, was very athletic winning MVP and Most Valuable Player in volleyball for Herring Cove. Although he worked in his two trades of carpentry and painting, he was lucky to land a job at Oland Breweries (thank you Mr. Orchard!) which really allowed him to follow his passions of being a great dad, fishing and hunting and travelling especially to his favorite place, Florida. He retired from Olands in 2015, after making many lifelong special friendships and three "work wives" along the way. He was in many fishing clubs in various positions including CASA, BBBA, NBSFA, Nova Bass Masters, etc. He loved tournament fishing and the trips, many of those shared with his sons. Shark fishing off of Nova Scotia became another interest, plus fishing in Ontario, New Brunswick and Florida. Hunting was an interest which he loved and also taught bowhunter safety courses and was in many clubs. Through all this he made many more friends from all over. Being in the boat, doing tournaments with his kids and partners, or just in the woods he was the happiest. Scouting, class trips with his son's schools, he was there for them whatever and when they needed. He also was known to follow some special bands around helping and moving gear when asked, more friends!! He had many plans in the last two years which did not come through and he was so disappointed to let people down and I hope they understood.

His friendship will be missed. He will be so missed by his family; we were lucky to have been a part of his life.

Thanks to EHS, police, fire, MEs office and Father Gerald David for your help on Friday.

Family burial in Mount Olivet Cemetery, 7075 Mumford Rd., Halifax, on Saturday, October 17th at 10 a.m., Father Duncan MacMaster officiating. Reception held in Atlantic Funeral Home, 771 Main St., Dartmouth, on Saturday, October 17th from 5-8:30 p.m. To stagger people maybe A-L between 5-6:30 and M-Z 6:30-8:30. Not cut in stone just to try and avoid a line. Please wear a mask. Please follow COVID guidelines and questions: Are you feeling sick? Have you travelled outside the Maritime bubble? Have you been in contact with a positive COVID-19 person? If you are in a COVID zone please message or phone don't risk yourself or others. We all understand!!!! It's a crazy time. Memorial donations may be made to a charity of one’s choice.   Arrangements have been entrusted to Serenity Funeral Home, 34 Coldbrook Village Park Dr., Coldbrook, NS, B4P 1B9 (902-679-2822).

Share Your Memory of
Kenneth
Upload Your Memory View All Memories
Be the first to upload a memory!
Share A Memory
Plant a Tree