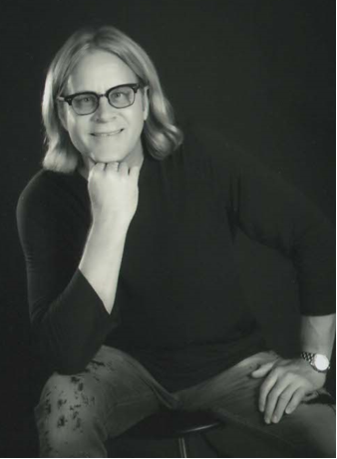 It is with profound sadness that we announce the passing of Mark Aurini on February 1, 2021 after a brief illness.  Mark was a free spirit who lived in the moment.  Smart, personable with a wicked and sometimes dark sense of humor, he had a way of making people feeling special.

Mark’s greatest joy and source of pride were his girls Jessica and Charlotte.  He loved them fiercely and unconditionally. Mark was devoted to his partner Cheryl. Their joy in each other’s company and their love for each other was evident to those who knew them. Their many common interests included food, wine, sports, culture and travel.

They shared a mutual love of life and sense of adventure.

Mark spent some of his formative years in Jamaica, a place that captivated him and influenced greatly who he would become.  He returned to Jamaica many times, always eager to be a tour guide for those who visited for the first time. Mark liked to show people ‘his’ Jamaica, Doctors Cave beach, the Sunset Bar and the Pork Pit.  Mark always liked a bit of ‘dinge’.

Mark was a true fashionista and Fleuvog aficionado, always dressing in the latest styles – the bolder the better.  His visits to Dugger’s were a highlight of many Saturday afternoons. The kitchen was Mark’s domain.  Ever the foodie, Mark was an accomplished cook and master of the Big Green Egg.  His short ribs, tomahawk steaks and briskets were legendary.

Mark treasured the time he spent with his four great friends Glenn, Paul, Scott (Kiwi) and Brad.  Whether it was fly-fishing in Labrador, scuba diving in the Caribbean or hanging out the Brown Hound and Freeman’s, he enjoyed the company of, in his words, “the best friends a guy could ever have”.

Mark will be missed by his many friends and colleagues.

He is survived by his partner Cheryl Hodder; daughters Jessica and Charlotte; mother of his children Philomena Drake; mother Barbara Aurini (John); sisters Lynda Saunders (Rick) and Lori O’Gorman (Maurice); brothers Michael (Wanda) and Chris (Julia) as well as many nieces and nephews.

Mark was predeceased by his father, Leo Aurini.

Cheryl thanks the VON for their kind support.  She will be forever grateful for the care and compassion of the Palliative Care team at the VG Hospital.

Cremation has taken place.  A celebration of Mark’s life will be held at a later date when travel from out of province is permitted. In lieu of flowers, please consider donating in Mark’s memory to Ronald McDonald House Charities Atlantic “More Room for Love” Campaign.  Arrangements have been entrusted to Serenity Funeral Home, 34 Coldbrook Village Park Dr., Coldbrook, NS, B4R 1B9 (902-679-2822).

Share Your Memory of
Mark
Upload Your Memory View All Memories
Be the first to upload a memory!
Share A Memory
Plant a Tree