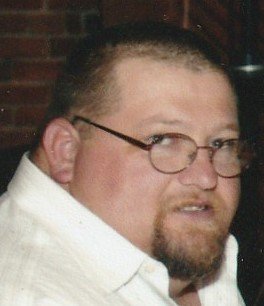 Gene Barry Robbins, of North Range, passed away suddenly on Tuesday, March 30, 2021 at the age of 55. He was born January 16, 1966 in Digby and was the youngest son of Glendon and Jean Robbins.

Gene spent his adult years moving from Digby to Ontario where he resided with his good friend Dan Hopkins. From there, he moved to Calgary, Alberta where he resided for many years with his nephew Keith Jr. (Vickie) and their children Cole and Emma. Most of his career in Calgary was spent as a truck driver and he enjoyed driving very much.

Gene was an avid reader and he loved his movies as anyone who knew him could see from his large collection of DVDs. He most recently moved back to Digby in 2017. Upon residing in North Range, he became a member of the Brighton-Barton Fire Department and enjoyed being a part of that volunteer organization. He met so many wonderful people through the firehall and had many friends throughout the surrounding communities. He could always be counted on to be the designated driver for anyone who needed him.

Gene was predeceased by his parents Glendon and Jean Robbins; his oldest sister Judy and older brothers Donnie and Ricky.

Cremation has taken place and, at Gene’s request, there will be no funeral. Due to COVID-19 restrictions, there will be a celebration of life at a later date. Memorial donations, in Gene’s memory, may be made to the Brighton-Barton Fire Department.  Arrangements have been entrusted to Serenity Funeral Home, Digby County Funeral Chapel, 367 Highway #303, Digby, NS B0V 1A0 (902-245-2444).