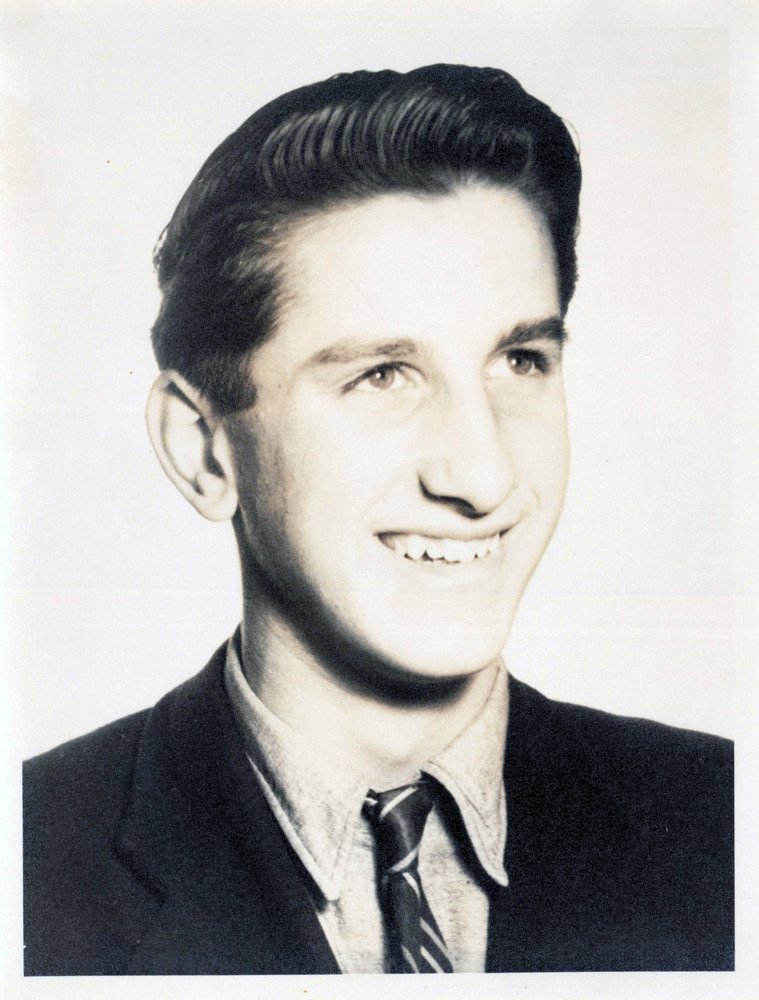 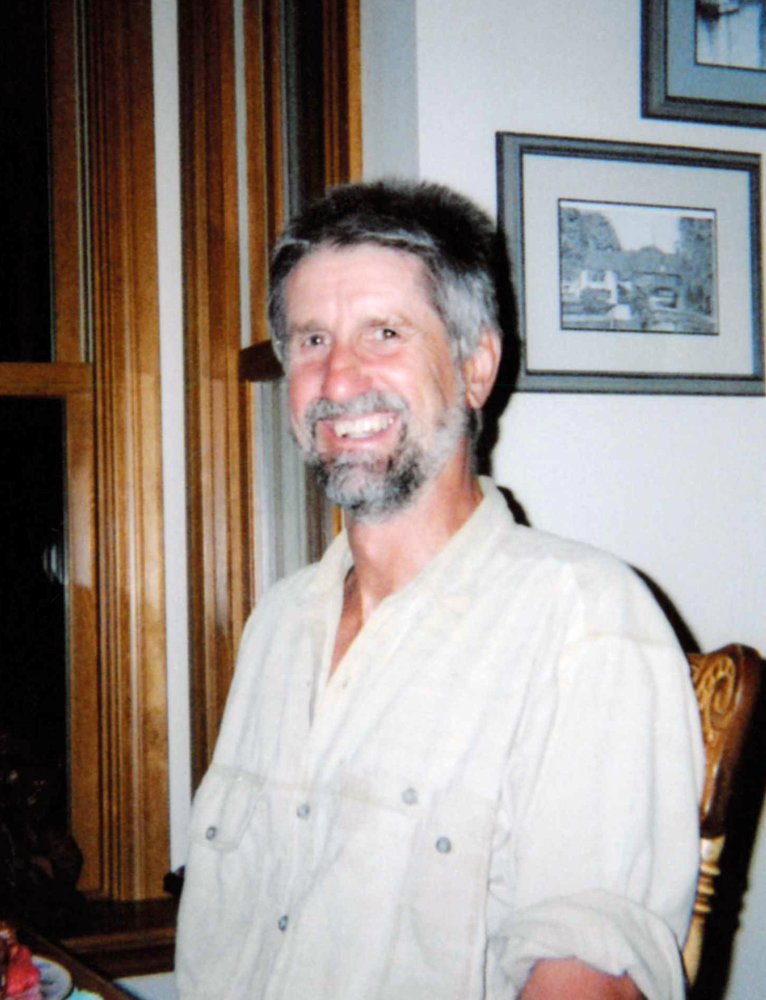 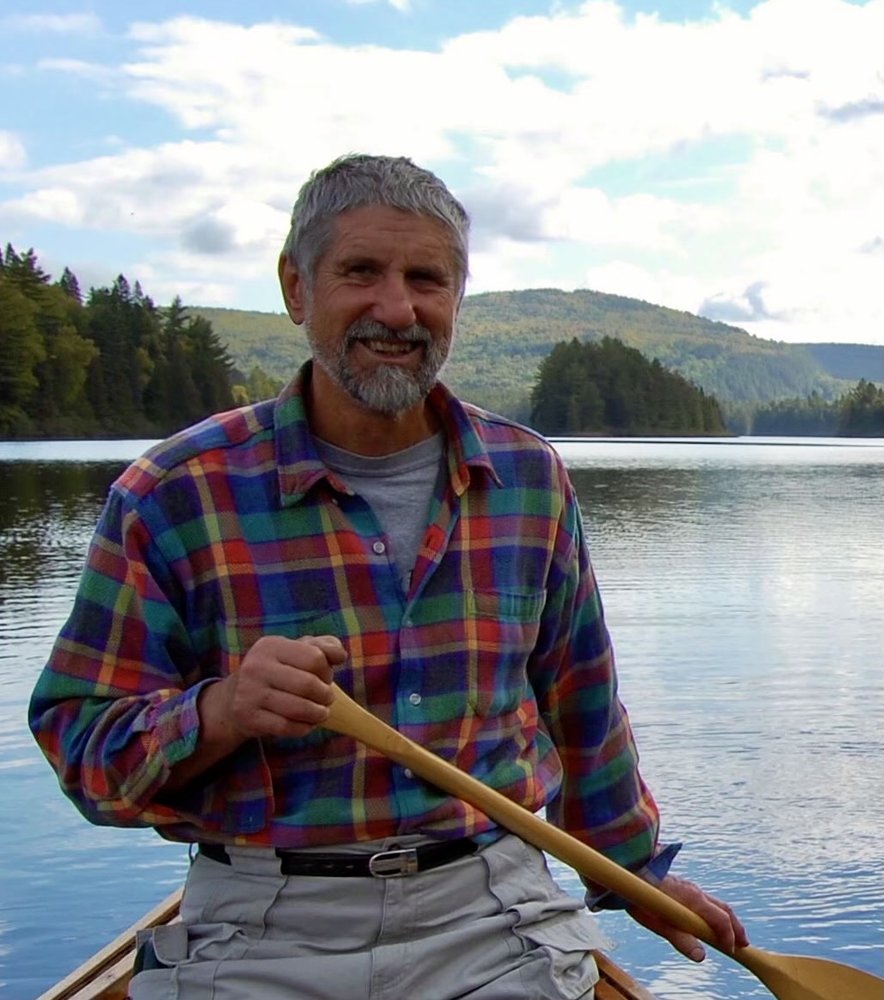 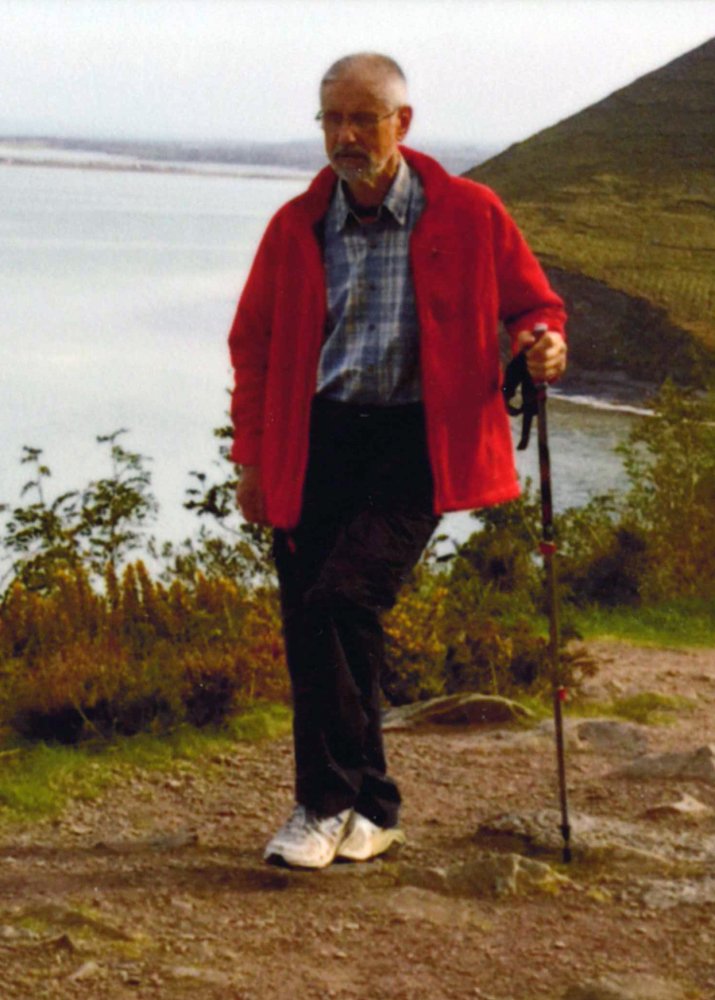 Paul Charles Rump passed away at Middleton Hospital, Nova Scotia on May 9, 2021, age 78.

Through laughter and tears, please join us in celebrating Paul's 79 years, a life filled with enthusiasm, adventure, sport, care and purpose.  Paul was gentle, kind and courteous, one of “Nature’s Gentlemen.”  He loved Mother Earth deeply.  He was a family person, a community person, a people person whose zest for life brought joy to all who knew him. He brought, and will always bring, people together.

Paul and his older brother Eric grew up through WWll, spending their time in the English countryside, bicycling for miles and enjoying the sweeping beaches of Norfolk, swimming in the cold North Sea.

In the late 1950's, Paul went to Wymondham College, Norfolk and honed his sporting life, becoming a great rugby player.   Between 1961-1965, he attended Liverpool University, completing a B.Sc. Honours in Geography.  Time was enjoyed playing rugby, being with friends in the pubs, playing pool and enjoying the rise and music of The Beatles at the Cavern. He enjoyed spending time watching football (translate to soccer for Canadians!) and making life-long friendships over pints of beer.

In summer 1965, Christine (Winterbottom) and Paul married and in September they were off on the Empress of England passenger ship, setting sail from Liverpool and landing in Montreal, Canada.  From there, they took the train to Calgary, Alberta where Paul completed a Masters in Geography at the University of Calgary.  Here, he was honoured to be one of the first settlers to be invited to ceremonies with the Stoney People.  He loved exploring British Columbia and Alberta, taking his parents and Aunt Violet to many remote places, including having salmon cookouts on Vancouver Island.

March 1967, his daughter Sandra was born and the young family set off to Waterloo University where Paul worked for 3 years on his PHD in geography, specializing in watersheds, before they moved to Regina in 1970. Here, Paul began his work in Water Resources for the Saskatchewan government in the Department of the Environment. His work included projects relating to lakeside cottage & recreational developments, sand dune lands and the Qu’Appelle Valley, as well as a significant role in introducing the first environmental legislation in Canada to require deposits on bottles and cans to reduce waste disposal. It was also here in Regina that Paul started his squash career.

Summer 1971, Christine and Paul adopted Eugene-Mark, age 2, soon to be known as Mark.  By the summer of 1972, the young family had acquired their orange VW camper and the cedar strip canoe and a foundation of many camping adventures was in place.

The family spent much time on the land in Saskatchewan, roughing it in the woods or under the prairie skies where Paul could enjoy his hobby of avid bird watching. Cross-country skiing with the prairie sun and wind was how winters were spent. One memorable Christmas was cross-country skiing with the buffalo and the geysers in Yellowstone National Park, Wyoming. Paul just loved to travel and he never stopped! In 1977, Hawaii and its volcanoes were explored with his family.  And in 1978, Paul created a very special experience when reuniting his Canadian family with his parents and his brother’s Australian family for the first time since he left England, taking them all for more adventures together in the Rocky Mountains.

1978, the family moved to Ottawa, and Paul began his work for Environment Canada that included spending time in the Arctic which he loved, traveling as far north as the magnetic north pole. His work consisted of projects and policies relating to sensitive archaeological sites in the Arctic, wetlands policy research, and international research liaison. Travels continued for Paul and Christine, raising their children around the world as they explored the Caribbean, and the Eastern part of Canada, camping in the Maritimes, Europe and travelling home to England to visit family there and in Wales. In 1988, he fulfilled another dream of going Down Under to visit his brother and family.

Yes, he had an abundance of energy! He was always keen to try a new sport. In his 30's, in Ottawa he asked his children to help teach him how to ice skate. In his 40's he took his teenage children to learn windsurfing and sailing. Always excited for the next sport, the next adventure.  He managed to take his children travelling in every Canadian province but Newfoundland!

In 1989, he married Sheila (Mason) and introduced another Brit to the Canadian adventure!  They lived in Ottawa, spending the year of 1995, in the Netherlands while Paul worked on environmental indices at the Dutch National Institute for Public Health and the Environment

In 1999, Sheila and Paul moved to Woodville, Nova Scotia. The community welcomed and embraced the newcomers and soon Paul became the Treasurer to the Community Association spending ten years in the role. Here, he continued his love of hiking and took up mountain-biking, and still continued to have many international adventures, traveling for his work to Russia, China, Thailand and Africa, as well as still holidaying in Canada and overseas, and visiting family in England and Wales and Australia.

Highlights of his latter years were in 1994, proudly canoeing his daughter Sandra down her wedding aisle with his son Mark at the bow. This was the same canoe that he had purchased in 1970 and done so many adventures in with his children.  1996 and 1999, he was thrilled to hold his newly born grandchildren, Konrad and Harmony.  And in 2005, Sheila and Paul hosted Andrea and Mark's beautiful wedding at their home in the Annapolis Valley.

Paul was so happy to nurture a full garden with Sheila every summer, living his dream of being back in the countryside near the ocean. He loved all the times he spent with his children and grandchildren. Memories of cherry picking, teaching them how to pull potatoes, swimming in the pool, camping in the field under the moon, walking on the beach or swimming in the Bay of Fundy and the Atlantic Ocean.

Paul always loved dogs growing up with his dog Midge as a child. He and Sheila rescued Dylan in Ottawa and was excited to bring him to the countryside of Nova Scotia. Later, he welcomed Griff, a border collie.

In his latter years, he joined The North Mountain Chorus and enjoyed a few years singing with the choir.  He continued his physical activities as long as he could, biking with Griff even when walking was difficult for him. He always loved playing cards and board games with friends and family and continued to enjoy his garden. And always an avid football fan, he keenly watched his team “The Canaries” (Norwich City), he would be delighted to know they have just become champions of their league and will now be promoted to the Premier League!

His last few days were at Graceview Residence and we thank them for their care.

We will all miss him, treasure our memories and love him always.

Paul is survived by his wife of 32 years, Sheila; his daughter Sandra and grandchildren Konrad and Harmony; his family in Australia including older brother Eric, nephew Stephen, nieces Jacky and Diana and his five grandnieces Michelle, Danielle, Megan, Sarah and Tegan, as well as his new great-grandniece, Amelia Elise; his family in England and Wales including his Aunt Jean and cousins Andrew, Ruth, Anne and Bethan and their children.

He is predeceased by his parents and his son Mark.

Memorial donations may be made to Nature Conservancy Canada.

Arrangements have been entrusted to Serenity Funeral Home.

On May 14th, 2021 Paul was buried at the Burlington Green Burial Ground on North Mountain, Nova Scotia.

date. We hope that The North Mountain Chorus that he so enjoyed will be able to join us. Until then, here is one of Paul's favourite poems by someone he respected greatly Chief Dan George, of the Tsleil-Waututh Nation.

The beauty of the trees,
the softness of the air,
the fragrance of the grass,
speaks to me.

The summit of the mountain,
the thunder of the sky,
the rhythm of the sea,
speaks to me.

The faintness of the stars,
the freshness of the morning,
the dewdrop of the flower,
speaks to me.

The strength of fire,
the taste of salmon
the trail of the sun,
And the life that never goes away,
they speak to me.

And my heart soars.

Some music removed from memorial video due to copyright laws

Share Your Memory of
Paul
Upload Your Memory View All Memories
Be the first to upload a memory!
Share A Memory
Plant a Tree