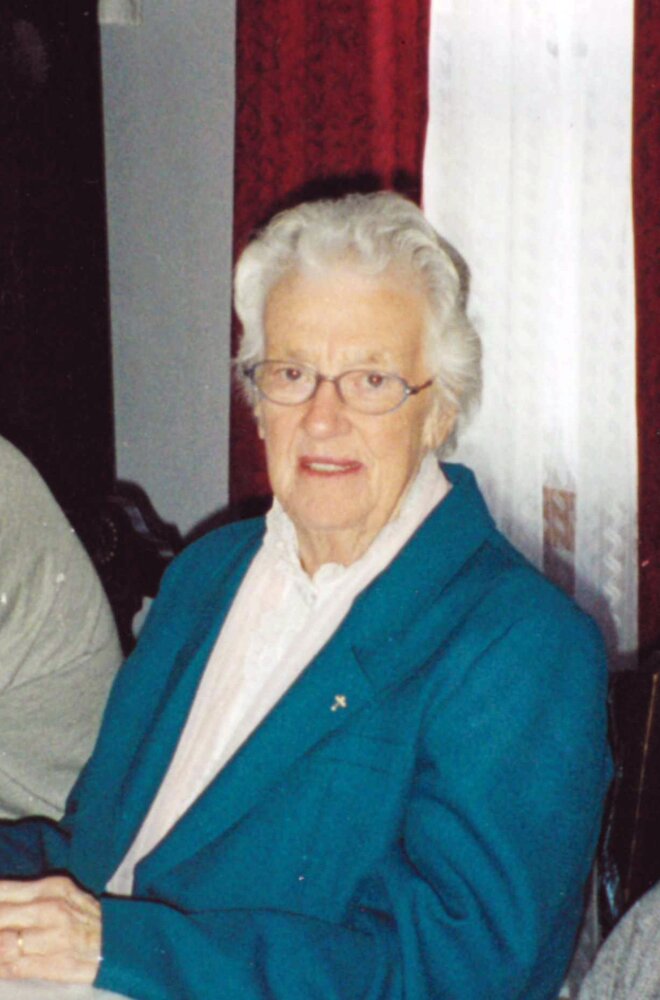 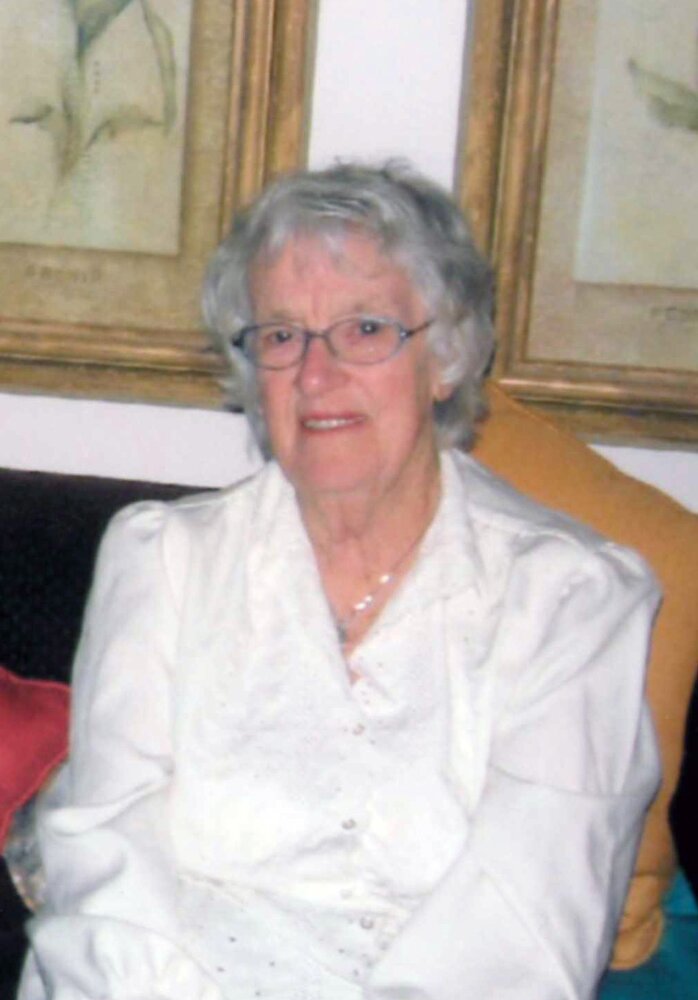 Maude Alice (Haley) Delahunt, 99 of Bayport (formerly Windsor, Wolfville), was promoted to Glory on August 17, 2021 in the South Shore Regional Hospital.  Born on July 17, 1922 at her maternal grandmother’s home on Underwood Hill, near Windsor. She was the daughter of the late Walter and Hilda May (Underwood) Haley.

She attended school at Curry’s Corner and Windsor Academy and at an early age, went to work at the Nova Scotia Textiles in Windsor. In 1945, Maude married Harold Delehunt of Wolfville, where she made her home for many years. Family and home were very dear to her, but when her children were grown she gained employment with Billy White Real Estate for many years.  Maude also cared for many older people, both in her homes and assisting them within their homes.

At age 65, she retired as Head Matron of Residences at Acadia University, where she enjoyed kind and caring relationships with the students. This is where she became an avid Acadia Axemen hockey fan.

Always interested in community affairs, she took part in fundraising for Cancer Society, CNIB, Heart & Stroke Foundation, Canadian Diabetes, Red Cross and the Kidney Foundation. Most recently in her life, she acted as Co-ordinator of Volunteers for some time.  In her more recent years, Maude completed her term of serving on the Annapolis Valley Housing Board since 1990, representing tenants also in the Town of Wolfville. She took over her role as President of Willowbank Cemetery in 1980.

Maude found great happiness and joy in being involved in the cause of Christ – Saved to Serve.  For many years in the Salvation Army, she served as Outpost Sergeant, Junior Soldiers’ Sergeant, Songster, League of Mercy and Home League Worker.  She will also be remembered by many for her work in Open Air Ministry.  After the sale of the Wolfville Salvation Army Ourpost, she became a member of the Wolfville United Baptist Church, where she taught Sunday School, was a member of the choir, member and past President of the Social and Benevolent Women’s Group, she also served on the Board of Management and Board of Trustees.

Since her retirement, Maude had enjoyed many trips overseas to European and Asian Countries with her concert pianist son, Walter and met many people at his concerts, who became her friends.  Maude was a lover of the old traditional hymns of the church and she led the hymn sings for many years at the Forest Hill United Baptist Church.

The family wishes to give a special thank you to long time physician, Dr. Wayne Phillips for his TLC and to Dr. Colin Burgoyne.

Share Your Memory of
Maude
Upload Your Memory View All Memories
Be the first to upload a memory!
Share A Memory