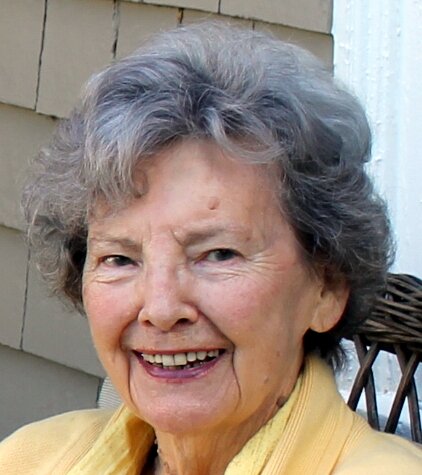 Please share a memory of Elizabeth to include in a keepsake book for family and friends.
View Tribute Book

Elizabeth “Beth” Bain Goodwin (Yule), 95, born in Toronto, passed away in Wolfville, on September 27, 2021. Beth’s parents, Alexander and Helen Yule and siblings were from Scotland.

Beth grew up, worked, married and started her family in Toronto before moving to Nova Scotia in the ‘60s.  She was a city girl at heart and recalled her first visit to her in-laws where they served deer liver for breakfast, a startling introduction to country life!  Beth’s career with Dalhousie University started in 1970 where she worked in various departments including the Office of the Dean of Medicine. In 1975, she moved into employee relations; in 1981 she got a Certificate in Personnel-Industrial Relations and flourished until her retirement in 1989.  She loved her work and was well respected, which was evident by the send off and letters from her colleagues when she retired. Retirement allowed her the opportunity to volunteer with hospitals and be part of the UCW.

Beth had a beautiful voice and loved opera. She was a smart, elegant, independent, strong woman and we will miss her.

Beth is predeceased by her husband of 64 years, Donald; her brother and sister, Nairn and Irene; her son, David; and her grandson, Emmett.

Share Your Memory of
Elizabeth
Upload Your Memory View All Memories
Be the first to upload a memory!
Share A Memory