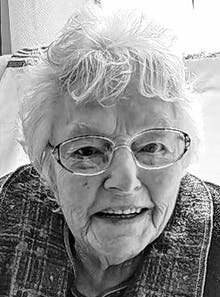 Please share a memory of Frances to include in a keepsake book for family and friends.
View Tribute Book

Frances Cole MacLean-Fraser, age 100 of Hantsport, passed away on September 29, 2021 in Hants Community Hospital. She was born in Meagher’s Grant, a daughter of the late Clarence and Blanche MacLean.

A creative and award winning teacher, Frances will be remembered by her students and colleagues at Musquodoboit Rural High School. She contributed much to her community wherever she lived through the 4H Club and other community groups. She was a member of Avon United Church and Daisy Club, Hantsport. She will be remembered for her kindness to all, her delightful laugh and her competitive card playing.

Grateful thanks to the caring staff at Hants Community Hospital and her wonderful home care team.

Share Your Memory of
Frances
Upload Your Memory View All Memories
Be the first to upload a memory!
Share A Memory