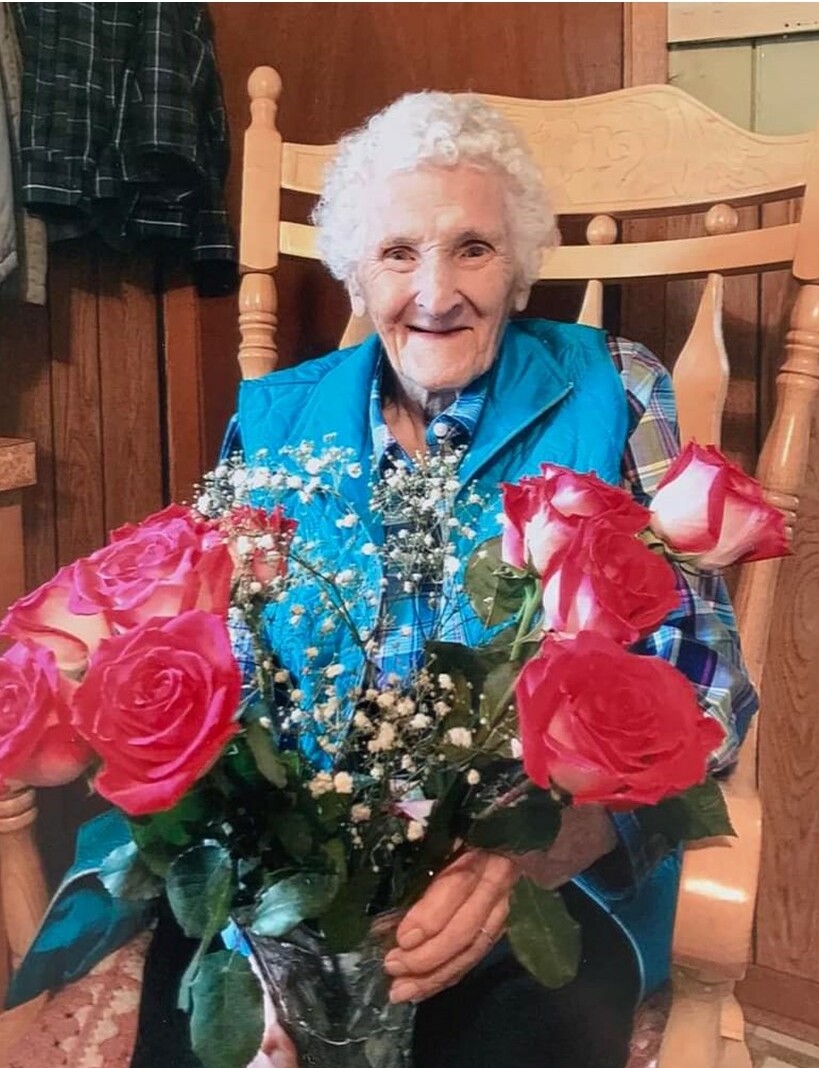 Hazel Evelyn Keddy, 99 of Fraxville (New Ross), peacefully passed away just a few months before her 100th birthday, on December 6, 2021 in the Shoreham Village. Born in the Forties, she was the daughter of the late Frederick and Gertrude (Sawlor) Hiltz, and was the last surviving member of her immediate family.

Hazel was devoted to her faith as a member of the St. Augustine Church of the Forties. She also treasured her time working in the garden, especially in her flower garden, where all was bright and beautiful. She was an excellent cook, not only for her own family, but for anyone that was welcome to enjoy her feasts over the years. And, she was highly noted for her fudge (not an easy thing for many to make). She also enjoyed playing cards at the Forties Community Centre with all her friends, and her many trophies proved this to be true. This she shared with her family and friends, and a good game of cards at home was also enjoyed by all.

Hazel was intelligent, witty, loveable, kind, caring, honest, hardworking, and simply a pleasure to be around. She will be sadly missed by, not just her family, but all that had the privilege to know her. She was a mother to a lot of children besides her own.

In addition to her parents, Hazel was predeceased by her husband, Benjamin and son, Cecil.

Share Your Memory of
Hazel
Upload Your Memory View All Memories
Be the first to upload a memory!
Share A Memory