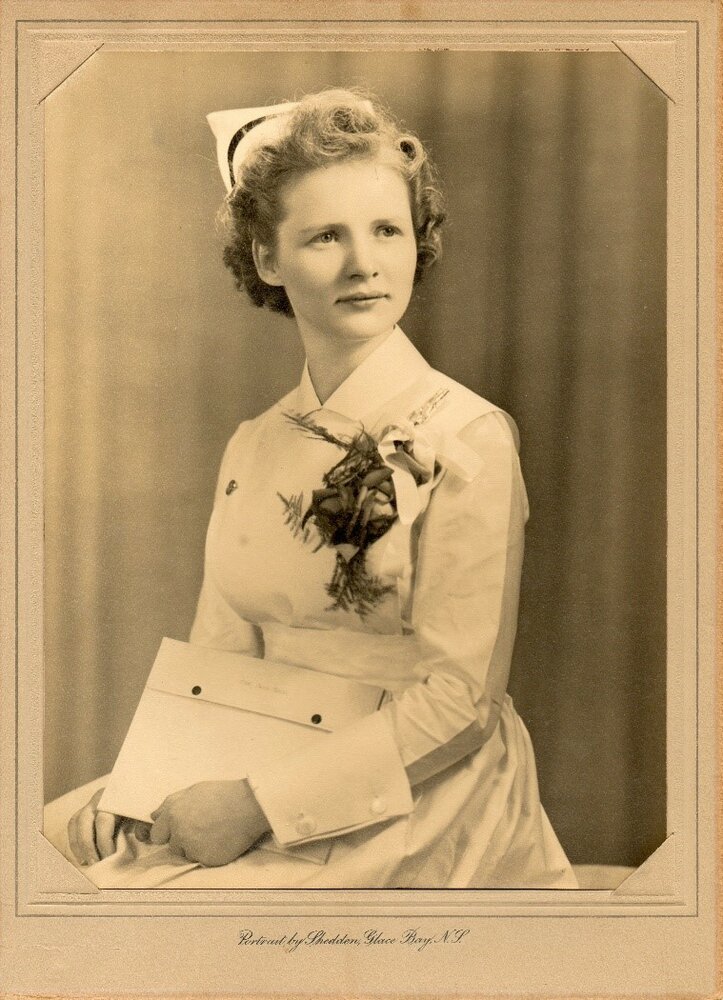 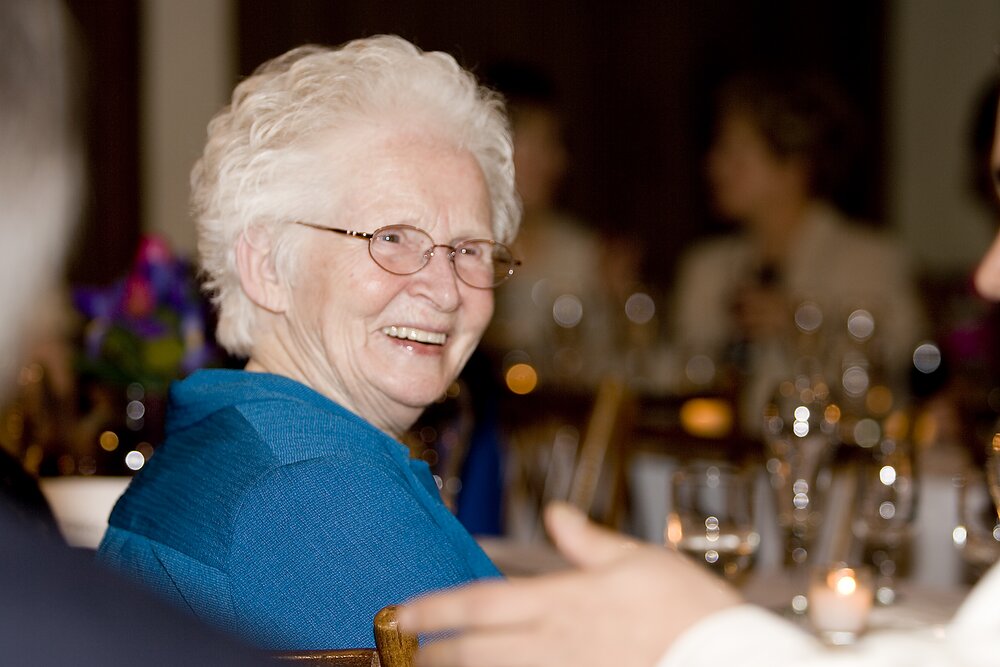 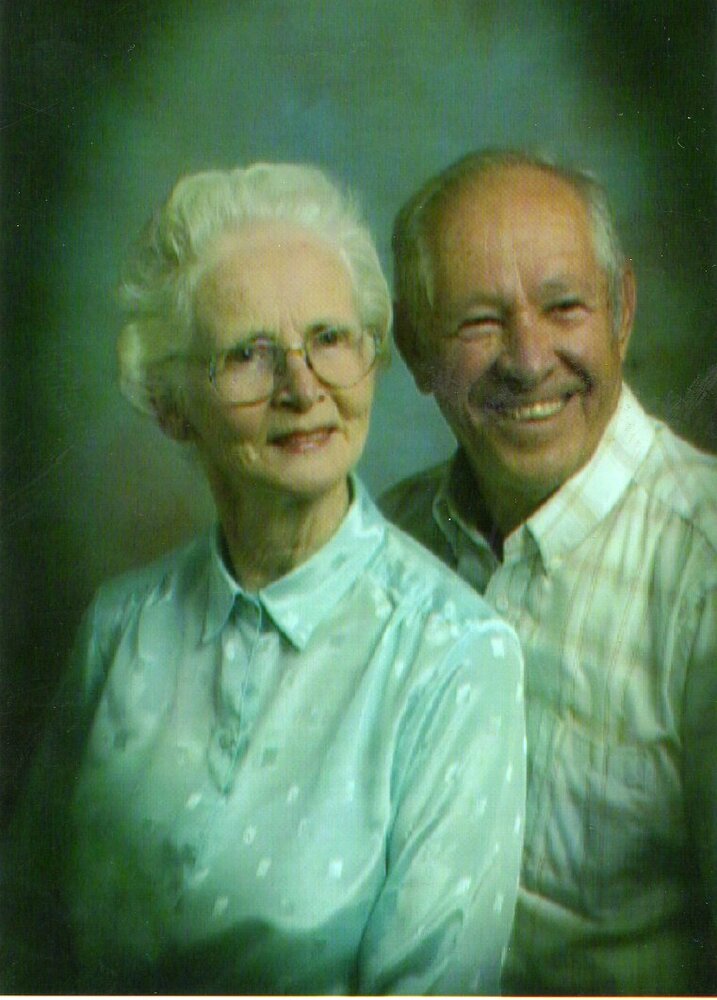 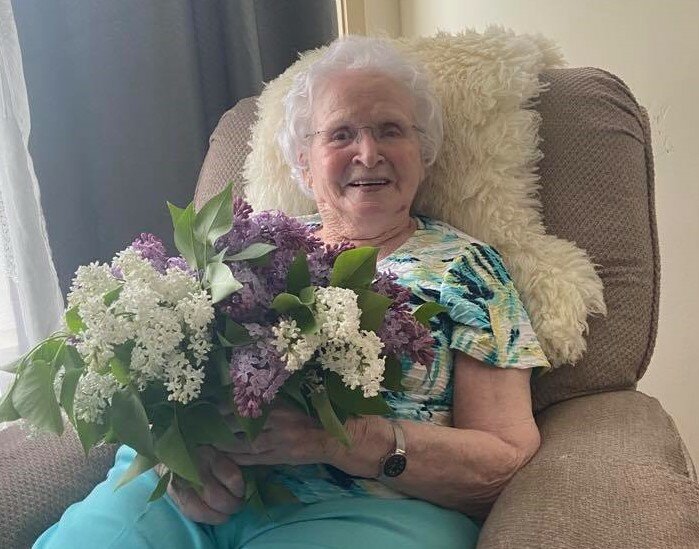 Please share a memory of Ethel to include in a keepsake book for family and friends.
View Tribute Book

Ethel Ferne Eagles, beloved of so many, passed away at her home in Orchard View Assisted Living Apartments, Berwick, on Friday, January 7, 2022 in the early afternoon hours, in the company of loving family and friends. She was 96 years old.

Ethel was the daughter of the late John Edward Grant and Annabel (Johnston) Grant and was born in Dominion, Cape Breton on July 5, 1925. She is survived by her four children Robert Eagles, Kingston; Munroe Eagles (Deborah Scott), Buffalo, NY; Annalee Cole, Springhill and Lorna Eagles of Ottawa. She had six grandchildren Jasmine Magennis, Nathan Eagles (Trish), Graeme Eagles, Devon Eagles, Anthony Cole, and Tyrone and six great-grandchildren (Liam, Xavier, Damien, Jeremiah, Benjamin and great-granddaughter Aubrey).  For almost seventeen years, her much loved sister and constant companion, Marjorie (MacLean) Morse, lived just down the hall in the same apartment complex.  A closer sisterly bond could not be imagined.  She was predeceased by her husband of 52 years, Donald Lee Eagles in 2009; sister Jean Bennett, brothers Robert (WWII) and Frank; and an infant sister, Margaret.

Ethel graduated from Glace Bay High School and then, like her three sisters, enrolled in the Nursing program at Glace Bay General Hospital, graduating with the 1946 class with the highest grade in the provincial nursing examinations that year. She was employed as an instructor of nursing in the Glace Bay General Nursing Program after graduation.  From there she worked as an industrial nurse at the Springhill coal mine and the Sydney Steel Plant.

While working as an instructor in the Glace Bay Nursing Program, Ethel met a handsome young banker, Donald Eagles, on a tennis court in Glace Bay.  Their long-distance courtship continued over two years while Don was working for the bank in Trinidad.  They were married on June 21, 1952 in Chalmers United Church in Dominion, NS, and enjoyed countless games of tennis over their long and happy marriage.  She and Don started their family and raised four children, spending years in Kingston and Wolfville, before moving to Orchard View Apartments in Berwick in 2005. After years of keeping books for local businesses, Don became manager of the Greenwood Credit Union.  In the late 1960s, he and Ethel bundled the family up to spend summers in Moncton while he earned his teaching credentials.  He finished his career teaching business and accounting at Kingstec in Kentville, now part of the Nova Scotia Community College system. While living in Kingston, Ethel cared for her parents and Don’s parents through their final years.  Ethel had a life-long fascination with medicine and loved studying any aspect of it, voraciously reading medical publications wherever possible.

Ethel and Don were active in the church and community. She and Don loved travelling and together they explored almost every corner of the world.  She was a natural born caregiver and loved nothing more than when she was helping others and nursing the ill or elderly.

After her husband’s death, Ethel established two Scholarship Funds with the Community Foundation of Nova Scotia, one in each of their names. Ethel’s provides financial assistance to a student in the School of Nursing at Cape Breton University, so their good works and support of their beloved Nova Scotia will continue on.

The family is extraordinarily grateful for the loving and professional care given by over a dozen members of her “Dream Team,” led by Anita Keddy. These remarkable Nova Scotian women were with her for almost 3 ½ years at the end of Ethel’s long life.  She loved them all.

Interment and a celebration of Ethel’s life will be held this summer. Arrangements have been entrusted to Serenity Funeral Home, 34 Coldbrook Village Park Dr., Coldbrook, NS, B4R 1B9 (902-679-2822).

Share Your Memory of
Ethel
Upload Your Memory View All Memories
Be the first to upload a memory!
Share A Memory