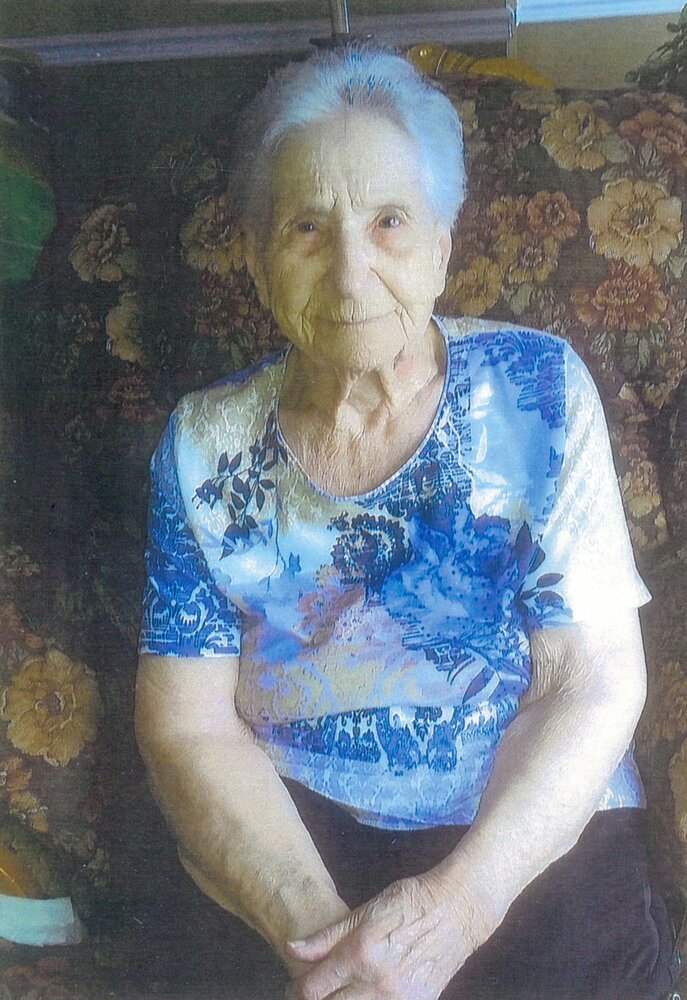 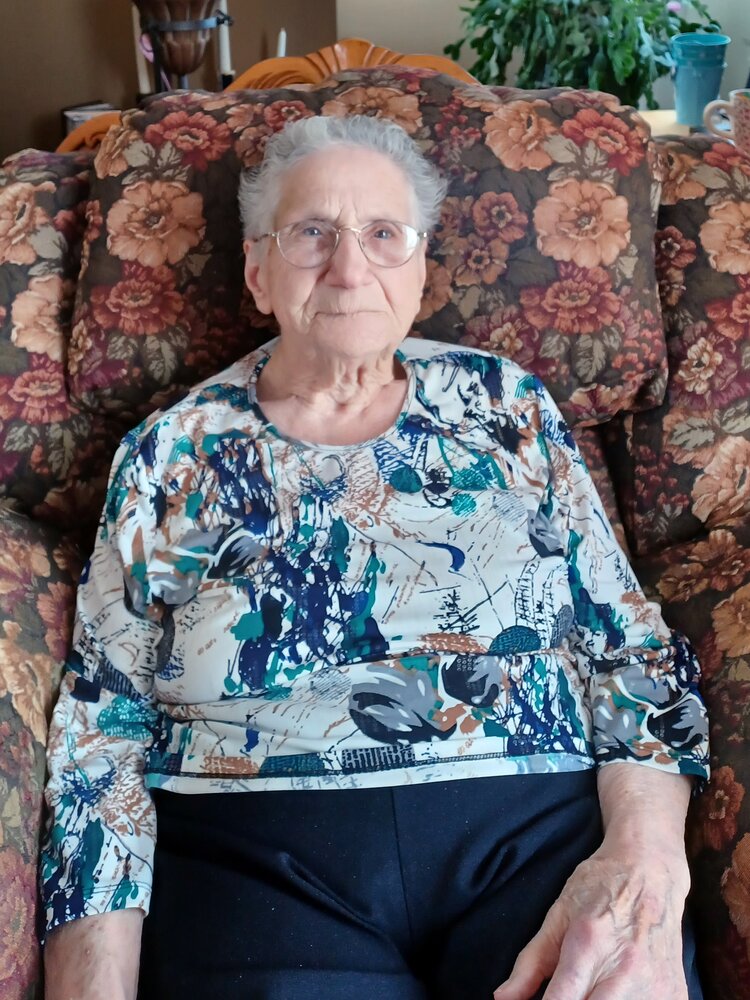 Gladys Marie Turbitt, 102 of Port Williams, formerly of Aldersville, passed away peacefully in the Valley Hospice on April 13, 2022. Born in New Ross on April 7, 1920, she was the daughter of the late James and Jennie (McDow) Sweet.

In her early years, she worked as a cook in a lumber camp in Morden and later moved to Kentville and did domestic work holding the same jobs for about 20-years. Moving back to Aldersville, Gladys looked after her parents, Uncle Norman, and grandchildren.

She was a member of the Golden Age Club in New Ross. Gladys’ most treasured day of the year was Boxing Day, as the whole family would gather at her house for dinner that she proudly prepared all by herself. No one was allowed to bring any food, this was her treat to her beloved family. Gladys adored her home, her flower gardens that she spent countless hours weeding and watering, and how many hours she spent shovelling her driveway out in the wintertime; Gladys loved every minute of it. Her other loves were baking and playing cards with her friends.

Gladys gave up her home in September of 2002 and moved to Port Williams to live with her daughter, Joan and husband, David.

In addition to her parents, Gladys was predeceased by her husband of 68 years, Raymond E. Turbitt; son, Ronald; daughters, Diane and Junie; brother, Vincent; and granddaughter, Debbie and grandson, Luke.

A Graveside Service will take place in the Aldersville Cemetery at a later date. Memorial donations may be made to Aldersville Cemetery, Valley Hospice Foundation, or charity of one’s choice.  Arrangements have been entrusted to Serenity Funeral Home, 34 Coldbrook Village Park Dr., Coldbrook, NS, B4R 1B9 (902-679-2822).

Share Your Memory of
Gladys
Upload Your Memory View All Memories
Be the first to upload a memory!
Share A Memory