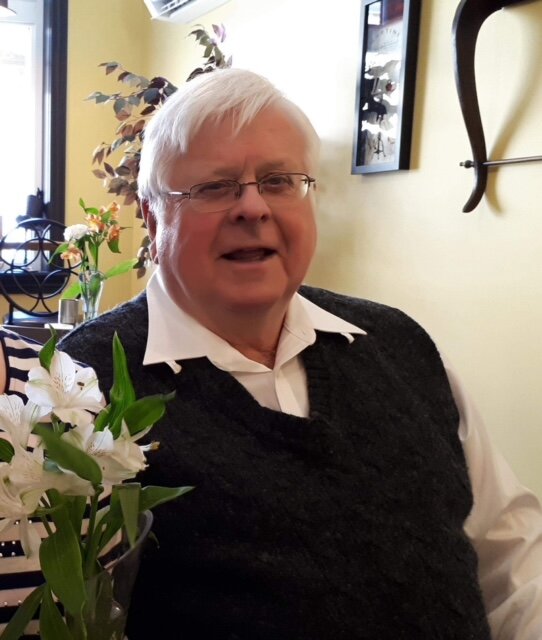 Please share a memory of Craig to include in a keepsake book for family and friends.
View Tribute Book

Craig Kennedy Morgan, 84 of Coldbrook, passed away peacefully with his loving family by his side in the early morning hours on April 14, 2022 in the Valley Hospice. Born in Donkin, Cape Breton, he was the son of the late John and Jane (Kennedy) Morgan and was the last surviving member of his immediate family.

Craig worked for 20 years with the ScotiaBank then served with the Province of Nova Scotia Government, until his retirement in 1997.  He was also very strong in his faith as a Christian and spent many years singing with the choir.

Craig kept his wife, Edith, entertained with his ongoing Cape Breton sense of humor. He was very talented when it came to his woodworking projects and oil painting creations. Craig loved to travel and took such delight in his many shopping trips. He would also savour the time playing bridge and other card games with their cherished friends.

He was a loving son, brother, husband, father, grandfather, great-grandfather; and was very much devoted to his family.

In addition to his parents, Craig was predeceased by his brother, Eldridge Morgan; and sister, Lois Roberts.

A Funeral Service will be held on Friday, April 22, 2022 at 2:00 pm at Kings Presbyterian Church in New Minas. Memorial donations may be made to the Canadian Cancer Society or Orchard Valley United Church or charity of one’s choice.  Arrangements have been entrusted to Serenity Funeral Home, 34 Coldbrook Village Park Dr., Coldbrook, NS, B4R 1B9 (902-679-2822).

Share Your Memory of
Craig
Upload Your Memory View All Memories
Be the first to upload a memory!
Share A Memory