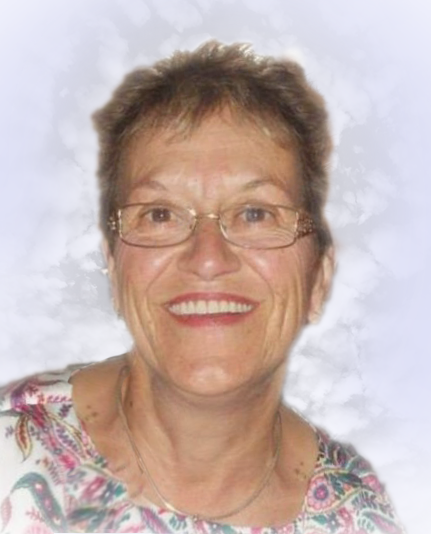 It is with great sadness to announce that Florence Beatrice Carter (Diggins) of Dartmouth (formerly Mulgrave) passed peacefully on June 11th, 2022 at the Halifax Hospice after a hard-fought battle with Cancer.

Flo was born in Antigonish and grew up in St. Francis Harbour until she was 14. She was the daughter of Arthur and Leota (Warren) Diggins (both predeceased).  She had fond memories of her early years in St. Francis growing up with her siblings Theresa Carter (Art – predeceased), Ada Ehler (Chester), Tom (Christine), Bob, and Eric (Patty).  She was predeceased by her oldest sister Viola (Curtis).  Also predeceased by brother Harry who passed in infancy.  She recalled her early years in St. Francis Harbour as being some of the best years of her life.  Coasting or skating on the pond for hours until they were so hungry, they went home to enjoy some of Leota’s (Nanny’s) homemade bread and preserves.

She is survived by sister in-laws Mona Carter- Munroe, Margie Ross and Neila MacDonald (Lorne).  Also, many, many nieces and nephews.

At the age of 14, she moved to Mulgrave and called it home.  There she met and married Frederick (Jerry - predeceased) and they went on to have Shelly and Fred who she loved with all her heart.  She was a loving, fierce and protective mother of the best kind.  Always putting her kids first even before herself.

She had her struggles early on when Jerry passed in 1979, but with the help of family and friends, made the best of a terrible situation and became stronger.  While carrying such a heavy load, she managed to have fun and smile.  I am sure her neighbours would think of her when they saw clothes on the line, hung in mid-winter until they were frozen.  The revolving door was always open to neighbours and friends.  She loved to host gatherings.

She worked as a server at the Skye Motel for 20 plus years and loved her job, co-workers and meeting new people.  I’m sure those co-workers can recall a good story of Flo and her no-good antics, dressing up a mop and placing it in the bed for a co-worker staying overnight at the hotel during a storm, being one of them.  One of the many stories of Flo.

After Shelly and Fred graduated from high school and moved to Halifax, she switched gears.  She attended NSCC’s Nautical Institute for training in Marine hospitality.  She then moved to Halifax to be close to her children and found a position with the Canadian Coast Guard.  She spent 15 years with the Coast Guard travelling to new and exciting places catching up on all the travelling she missed during her earlier years.  During that time, she became the proud grandmother of Tyler, then Alex.  Flo loved her boys and always loved spending time with them.

During the latter years with Coast Guard, she was dealt another blow when her son Fred was diagnosed with Cancer.  Dropping everything, she spent time caring for him until he passed in 2009.  Work and travelling no longer had the appeal that it once did so she retired.

Retirement for Flo by no means meant relaxing.  She loved being social with family and friends.  Weekend pool visits with the girls was a summer regular occurrence, as well as cards and Rummoli during the winter.  She took pride in cheating and always had so many laughs with her friends and family.  If it was said that if a night went by without someone peeing their pants, it was a lie.

Flo loved her exercise.  A regular at the Canada Games Centre in the winter but once the temperature rose, she was on the walking trail in Clayton Park.  She turned many heads with her fast pace and always gave a smile and wave while passing by.  If you blinked, she was gone.  She made it her mission to obliterate people in Fitbit challenges.

Flo’s lifestyle changed after her diagnosis in October 2020, but she never lost her fighting spirit.  She had every treatment available and accepted it with grace, positivity, and hope.  Her faith in God helped her through her journey.  She never missed the daily mass on TV and would sing along with the hymns and prayers.

Thank you to her friends and family who checked in during her tough journey.  She always felt loved and remembered.

Special thanks to the hospital staff who ensured her care and comfort were taken care of. Her surgeon and nurses were warm and welcoming and put her mind at ease, just a phone call away.  Her palliative care team took over after treatment, to ensure the same.

Finally, many thanks to Halifax Hospice for the care and comfort she received during the last few days before she passed.  It was her wish to stay at the Hospice and they did not disappoint.  Such an amazing place for both patients and family during such a difficult time.

Cremation has taken place.  A funeral mass will be held in Mulgrave at 11:00 am on July 23rd at the St. Lawrence Catholic Church, Father Allan MacPhie officiating and Deacon Berkley Guthro assisting.  There will be no visitation but a reception to follow the mass at the Mulgrave Fire Hall. In lieu of flowers, donations can be made to https://hospicehalifax.ca/donateinmemory/  or  Nova Scotia - Canadian Red Cross. Arrangements have been entrusted to Serenity Funeral Home, 34 Coldbrook Village Park Dr., Coldbrook, NS, B4R 1B9 (902-679-2822).

Share Your Memory of
Florence
Upload Your Memory View All Memories
Be the first to upload a memory!
Share A Memory