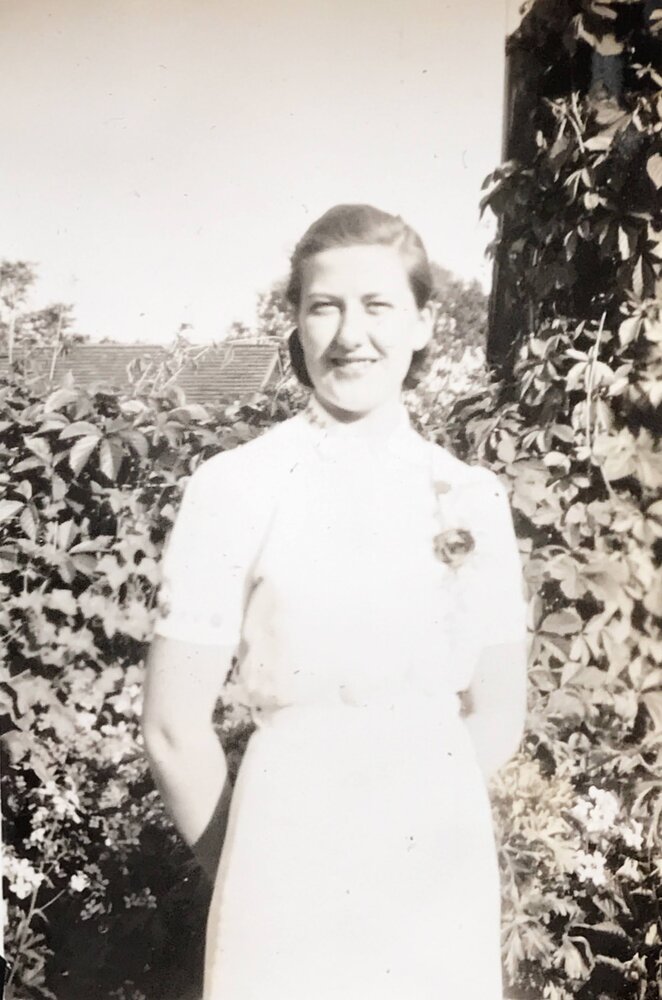 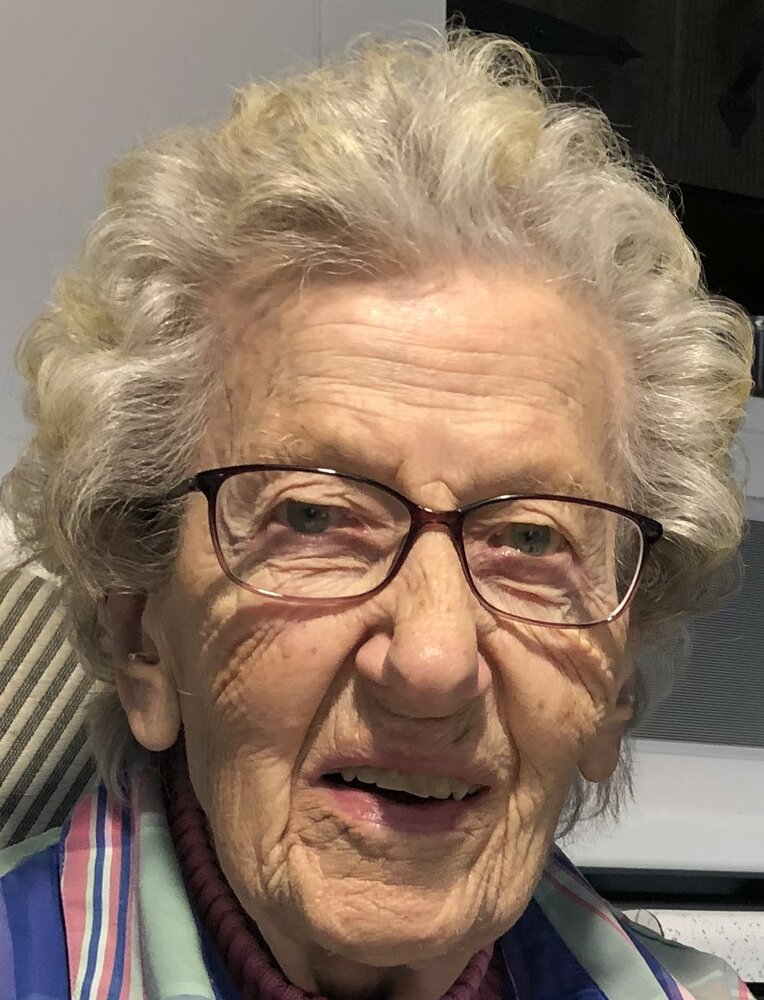 Please share a memory of Helena to include in a keepsake book for family and friends.
View Tribute Book

Helena Elizabeth Vaughan, 101, of Dartmouth passed away on July 27th at home with her family.  Born in Amherst she was the daughter of Clifford and Lena (Middlemas) Martin (both born January 6th – 1867 and 1876, respectively).

She graduated Acadia University in 1941 (and given the nickname “Martini” as her humour was dry and witty) with a B.Sc. in Household Economics “sewing” the seeds to her dietitian career.  Interning in Montreal at the Royal Vic, she ventured further by train to Toronto and spent 6 years at Toronto Western.  Lured back by the new Victoria General Hospital, she arrived in Halifax in 1948 and taking up residence in the Bethune Building.  For years she was the voice of Nova Scotia Milk Foundation, visiting schools in metro Halifax and was a founding member the Nova Scotia chapter of the Canadian Dietetic Association.  She also penned a column in this newspaper dishing up nutritional advice under the pseudonym “Diana Day”.

She married Ralph Lunn in 1958 and made Dartmouth their home until his passing in 1995.  At the young age of 76, she married Avery Vaughan and moved to Windsor.  They were married for 17 years until his passing in 2014.  She attended First Baptist Church, Dartmouth and while in Windsor, Wolfville Baptist Church.  She proved FOMO (Fear Of Missing Out) was not limited to the young.  When given a choice, she always picked the fun option, not one to miss a party.  Family suppers, weekend rummoli, art group in Wolfville and the annual Martin clan cottage gatherings, to name a few, all gave her joy and made us laugh, a highlight being her 100th birthday, hosted by her Dartmouth neighbours, and celebrated on the shores of Oathill Lake.

As an avid walker in Windsor, she could be found on the grounds of Haliburton House Museum with her network of trekkers.  At 94, she started hitting the trails of Oathill Lake in Dartmouth with Rob and kept paths tidy by picking up wayward branches.  In later years, she enjoyed being taken for drives, and exploring Dartmouth.

She was an inspiration to us all… her independence, sense of style and love for family and friends will be truly missed.

The family would like to thank Dr. Cathryn Smith of Windsor and Dr. David Barnett of Dartmouth for excellent and compassionate care as well as the many caregivers from Home Instead.

A celebration of life will be held at a later date. Arrangements have been entrusted to Serenity Funeral Home, 34 Coldbrook Village Park Dr., Coldbrook, NS, B4R 1B9 (902-679-2822).

Share Your Memory of
Helena
Upload Your Memory View All Memories
Be the first to upload a memory!
Share A Memory