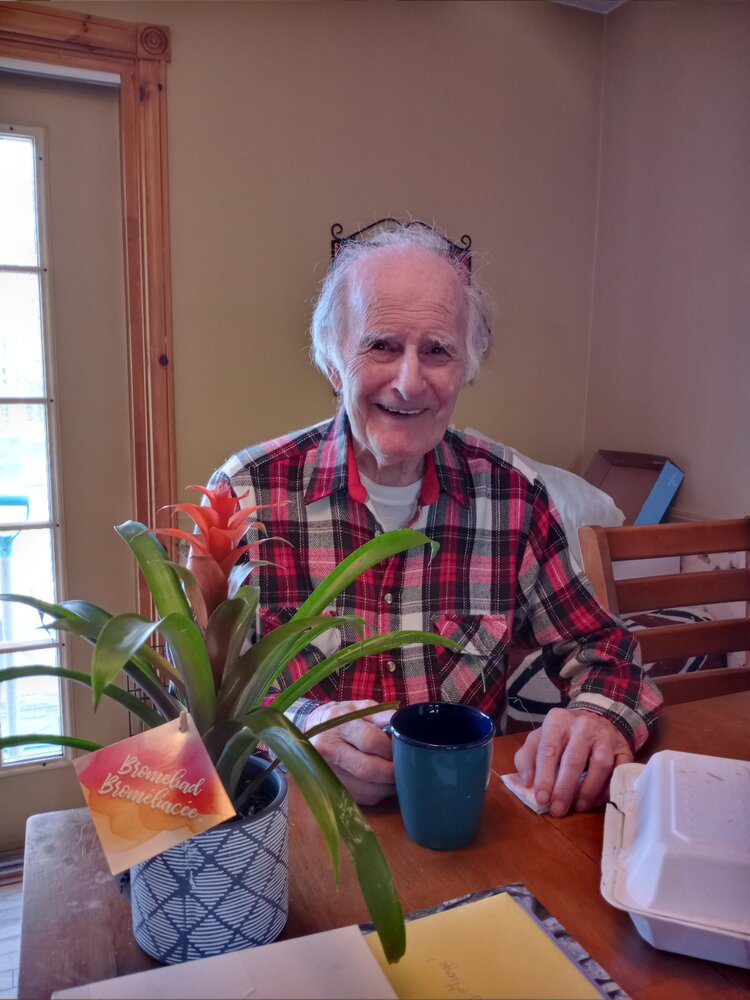 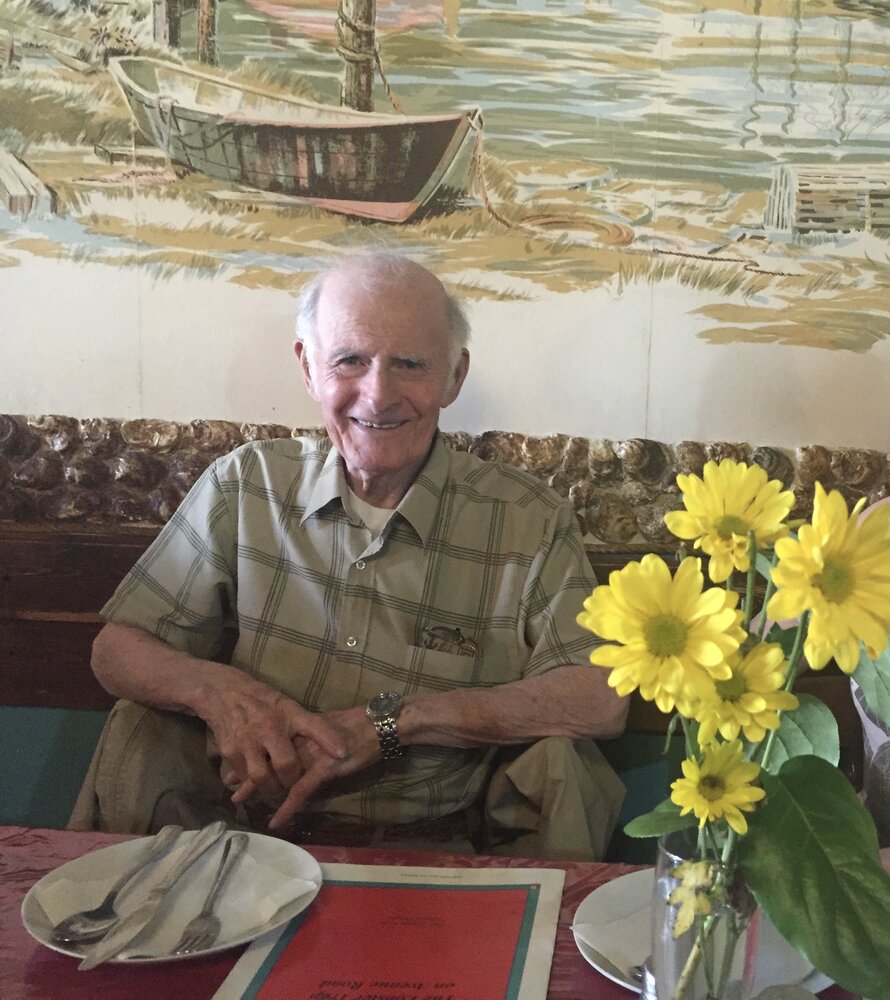 Please share a memory of George to include in a keepsake book for family and friends.
View Tribute Book

On the tenth day of August 2022, George Arthur Carless, from Kentville, passed away at the age of eighty-eight. Born to George and Sophie Carless, formerly of Lancashire, England.

He met the love of his life, Grace LaPierre, while serving in Halifax. George joined the Royal Canadian Navy at the age of twenty-one and retired twenty-five years later. He was an accomplished anti-submarine aircraft mechanic and served on Canada's only aircraft carrier, the Bonaventure. During this time, he also became a decorated sharpshooter. He and Grace enjoyed their time close to family in Halifax and hosted many friends and family gatherings at their cottage at Cox Lake.

After retirement, George and Grace moved to the small town of Kentville in the beautiful Annapolis Valley. There, the couple joined the local parish of St Joseph's Church and were inspired to volunteer and join the choir. Among other good works, George drove for Family and Children's Services for ten years. During this period, he also volunteered to teach English to Bosnian Refugees. George and Grace hosted three exchange students from Malaysia, with whom they formed a strong bond.  He recorded books for the visually challenged, and enjoyed using his woodworking skill to repair various religious artifacts for the church.

George had a great admiration for the brothers and sisters of the Nova Nada Carmelite Hermitage in the Nova Scotia woods near Yarmouth.  He joined them in retreat on several occasions spending long periods in prayer and meditation. During his many years in the valley, George also took time to practice and study the art of writing. He joined the Valley Writers' Association and produced several stories and articles. Later he would have an article in the local newspaper entitled The Old Codger. George was an engaged citizen, and took a keen interest in local and world affairs. Frequently he contributed to the Voice of the People section of the Chronicle Herald, sharing his views on a wide variety of topics. He pursued his love of photography and found a number of worthy subjects for his camera lens, though he always turned happily to his favourite subject, his dear Gracie.

George loved music, and sang and played his guitar for many years. He made his own guitar soon after retiring from the navy. He also was known to play the kazoo, the penny whistle, and the piano. He enjoyed singing in the church choir and found a firm foundation for his spiritual practice in the weekly choir sessions.

His last two years were spent at Kings Riverside Court in Kentville, where he enjoyed many pleasant days. He will be missed by the kind staff and residents.

He will be lovingly remembered by his son, Christopher and daughter-in-law, Anna Baranowsky of Toronto; brothers, Jimmy and Clifford; several nieces and nephews in particular Dan MacDonald and numerous relatives and friends, especially his long-time caring family friend, Erin Garagan.

He was predeceased by his beloved wife, Grace, of sixty-one years; his parents, George and Sophie; and his niece, Nancy Fry Macdonald with whom he had a special bond.

The family wishes to send a special thank you to the nursing staff of Kings Riverside Court, including Tara and Donna, and also the staff of CareForce, particularly Geraldine and Hillary, and former employees Pam and Rachel.  Thank you for your dedication and kindness.

A Funeral Mass will be held at on Saturday September 10th at 11:00 am ADT at St Josephs Roman Catholic Church, 43 Belcher Street, Kentville, followed by a small reception in the church's basement and Inurnment at Holy Cross Cemetery in Coldbrook. Memorial donations may be made to the charity of one’s choice. Arrangements have been entrusted to Serenity Funeral Home, 34 Coldbrook Village Park Dr., Coldbrook, NS, B4R 1B9 (902-679-2822).

Share Your Memory of
George
Upload Your Memory View All Memories
Be the first to upload a memory!
Share A Memory