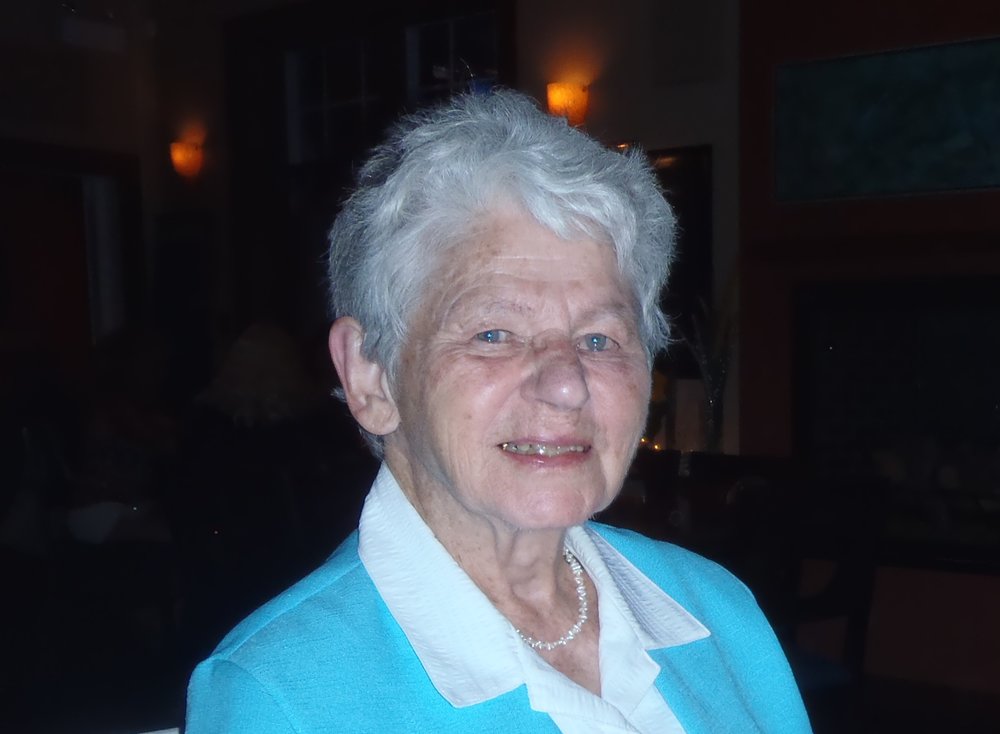 Joan Dewar Bonnett (née Staniforth), a dearly-loved wife, mother, grandmother, and great grandmother, passed away peacefully in the Kentville Hospital on 4 January 2018. She was surrounded by family (her daughters, Beverly and Barbara, and son, David). She will be greatly missed by her family and friends. Born into the Staniforth clan, in Montreal on 30 July 1926, she learned life lessons early from her sister, Dorothy, and brothers, Harold, Donald, and Robert when their mother, Della Agnes Dewar, passed away in 1942. She enjoyed family summers at Fassett, QC and Kiosk, in Algonquin Park, ON. Often, she could be found singing on the ski slopes or on the golf course. In 1949, after graduating from McGill, she married John Bonnett (deceased 23 January 2009). In 1958, they moved to Granby, QC to raise their family. Family brought her to NS in 2004, where in retirement she was kept busy keeping up with family and friends. She loved music, books, cross-word puzzles, travel and above all else, family. Joan is survived by her son David (Laurie), Groton MA; daughters Beverly (Peter) Terauds, Torbrook Mines; Barbara (Chris) Bauditz, Pugwash, NS; grandchildren Stephen (Jody Burry), Michael (Sarah), Matthew (Tasha), Katherine, Erika (Mike Baird), Anna (Brandon Snook), Heather, Renée, Bryan; great-grandchildren Lukka, Fletcher, Taya, Griffin, Mekhi, Malik, Marla, and Ira. There will be no visitation by the family's request. A celebration of life will be held at 2 p.m. on 14 January at Orchard Valley United Church (OVUC), New Minas, NS. Family interment will take place in Willowbank Cemetery, Wolfville followed by a gathering at the Port Pub, Port Williams, NS. In lieu of flowers, donations in Joan's memory may be made to the OVUC, Victoria Order of Nurses, Red Cross, or the charity of your choice. Arrangements have been entrusted to Serenity Funeral Home, Wolfville Funeral Chapel, 568 Main Street Wolfville (902-542-4656). The family would like to thank the staff at Wickwire Place.
Sunday
14
January

Share Your Memory of
Joan
Upload Your Memory View All Memories
Be the first to upload a memory!
Share A Memory
Send Flowers