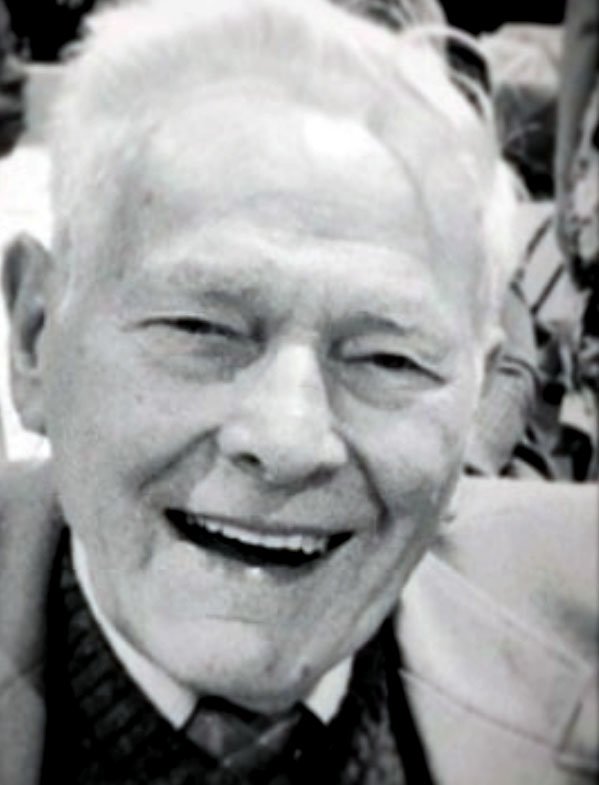 Arthur Herbert Povah was born in Duncan, British Colombia, Canada on February 14, 1915 to William and Lillian Povah (née Freeman). He was the fourth of seven children.  Arthur had two sons, James and Gregory, and three step-children from his wife, Lee's previous marriage, Robert, Hazel and Ray.

When he was 25 years of age, he joined the Navy. He desired to 'fight for God and country'. Just before the end of the war, Arthur met his wife Lee at a dance in Cornwallis, Nova Scotia. They were married in 1948 at her parents' home in East Ferry, Nova Scotia.  He happily accepted Lee's three children as his own; they even took the boys with them on their honeymoon.

They soon after moved to Montreal where Arthur was employed at the head office of Peacock Brothers, an engineering firm. They had two more sons: James and Gregory. Sadly, young Ray died tragically at this time. It was their new-found-faith that gave them strength to endure this terrible trial.  While living in Montreal they learned Bible truths that would forever change their lives.  During a Bible conversation with Geoff and Alice Coleman, Arthur would finally come to understand that God does not condone man's wars. He read 2 Corinthians 10:3-5, where it explains that true Christians do not participate in war, but rather focus their lives on sharing life-giving truths from God's word. This touched Arthur's heart deeply, as he had seen first-hand the horrors of war. Arthur and Lee decided to dedicate their lives to God, and were baptized as Jehovah's Witnesses in October, 1951 at Washington, DC.

They spent the next 51 years happily serving Jehovah God together in Montreal, Vancouver, Tennessee and Nova Scotia until Lee's death in November 2002. Their example encouraged many family members to serve Jehovah; their own two boys, Jim and Greg, their daughter Hazel, Arthur's beloved sister Joyce Little, his mother Lillian, Lee's sister Zelma Haight, and their many children and grandchildren. This brought them great joy.

After Lee passed away, Arthur was determined to keep busy doing what was most important. He enrolled as a full-time minister, preaching and teaching Bible truths actively past 100 years of age.  He studied the Bible with many people throughout his life and helped them dedicate their lives to Jehovah. Even as his health was failing, his greatest wish was to study the Bible with others. His faith still brought him much joy and comfort.

Arthur's loyal, personal attachment to Jehovah could be seen in the way he lived his life. Even in death he inspires us all to continue fighting the 'fine fight of the faith', until we all 'get a firm hold on the real life' ahead. (1 Tim. 6:12,19)

Many have asked the secret to Arthur's longevity. Perhaps it was his strong desire to survive into God's new world without ever dying, and to welcome back his beloved wife Lee in the promised resurrection of the dead.  Though he has died, we have no doubt that he will be there to welcome her back.

Share Your Memory of
Arthur
Upload Your Memory View All Memories
Be the first to upload a memory!
Share A Memory
Plant a Tree