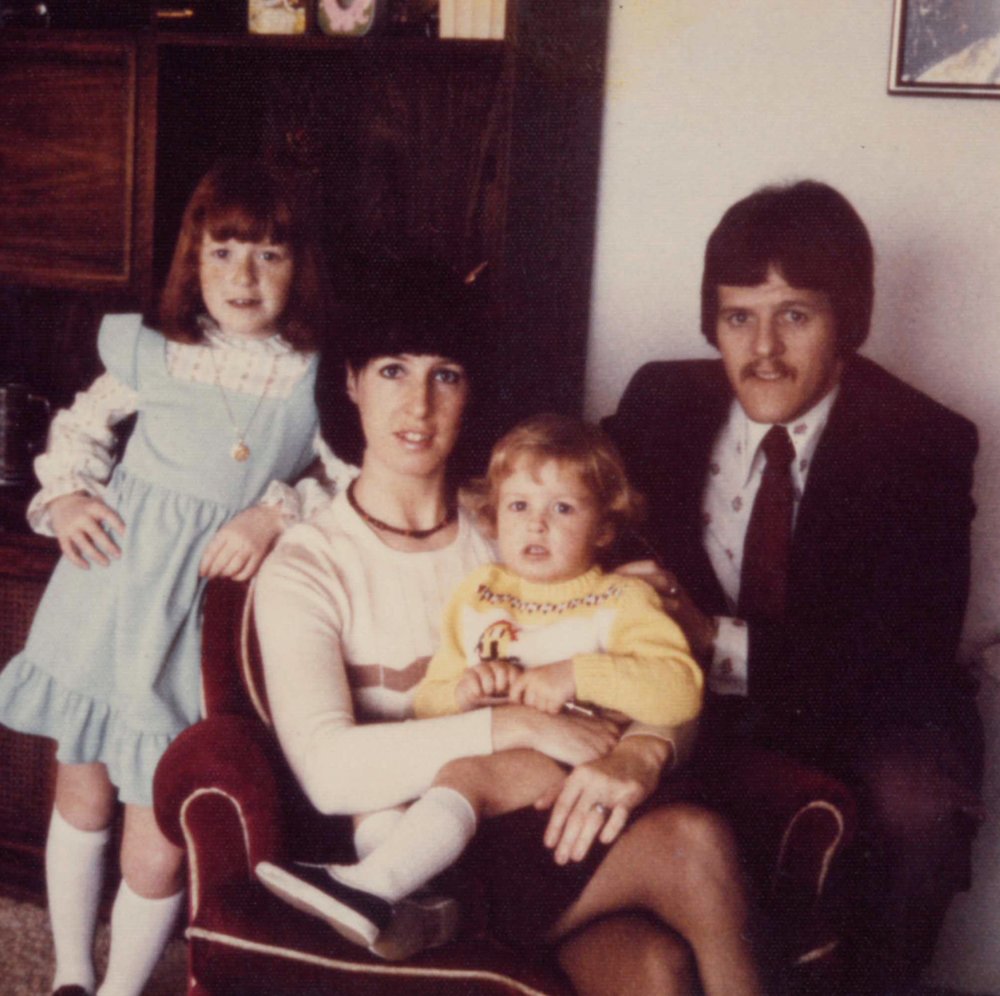 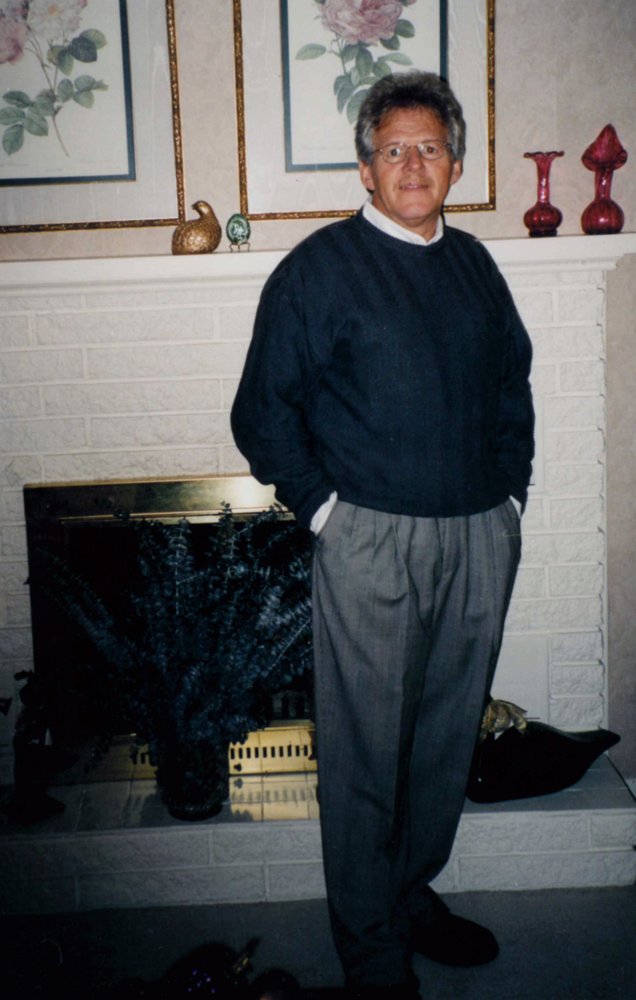 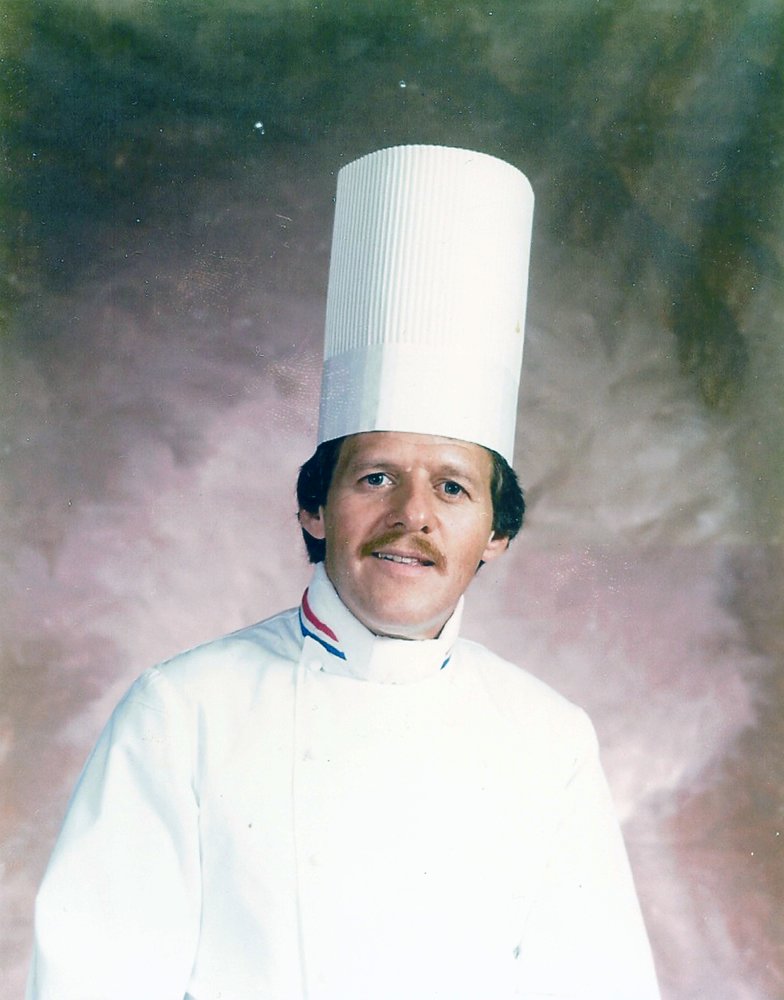 With heartfelt sadness his family wish to announce that Maurice Thiebaut passed away peacefully, aged 77 at home in Digby, embraced in the arms of his loving family on Friday, 6 November 2020.

Born 5th September 1943 in Gray, France to the late Yvonne and Gustave Thiebaut, Maurice spent his formative years in the country of his birth until, at the age of 14 he was able to embark on his dream career of becoming a Chef. His first step was to apprentice in the kitchen of the Hotel du Commerce in Pau France where for four years he considered it a privilege to work 12 hours a day, seven days a week in return for his room and board and a great introduction into what was to become an illustrious career.

Following his compulsory military service, serving in Algeria as an Army cook, Maurice then aged 20 moved to the UK where furthering his dream he joined the Croyden Park Hotel as Sous Chef and over the next 8 years held positions of increasing importance in several major UK Hotels culminating in his appointment as Chef de Cuisine at the prestigious Granby Hotel in Harrogate Yorkshire.

In 1971 Maurice and his wife Janet immigrated to Canada and the following year, not yet 30, he fulfilled his lifelong dream when he accepted the position of Executive Chef at the Keltic Lodge in Cape Breton. It soon became evident to his superiors that here was a man with the discipline of a perfectionist and the passion of an artist whose standards of excellence in the culinary arts were equalled by his natural ability to manage teams of people and deliver the very best possible guest experience and service, which led them to make a wise choice in 1979 by appointing Maurice General Manager of the Digby Pines Resort.

Here he excelled and for the next 20 years Maurice Thiebaut WAS The Pines Resort, transforming the dowdy old lady into one of the finest Hotels in Eastern Canada. He was a progressive thinker and brought to the Pines an experienced and worldly view which helped to propel his Hotel and the Industry to a new level of professionalism. His attention to detail was notorious, nothing escaped his eye and the perfectionist in him ensured that everything had to be just right. The cutlery on the tables had to gleam and be perfectly positioned, the umbrellas on the patio all turned the same way, and the presentation of the food on the plates was equally important as the flavours and quality of the overall dish.

Although his culinary skills were the bedrock of his talent, this man was also a great leader and when he stepped out of the kitchen into the General Managers office his ability at mentoring and developing employees, handling sensitive guest and staff issues, or simply meeting and greeting guests managed to leave those he encountered with a warm and positive feeling.      His legacy will continue to thrive through the many Chefs he recruited and trained and who now work and run kitchens in Nova Scotia and around the world. Others who worked at the Pines over his years have gone on to illustrious careers of their own in the Hospitality industry crediting him with launching their careers.

Following his retirement in 2000 Maurice applied his creative and entrepreneurial talents toward the creation of his own company Cooking with Panache and for the next 18 years filled his time inventing a myriad of items which he had manufactured offshore and subsequently sold at Trade Shows and Marketplaces across Canada. One might find him selling massage cushions, garden clippers, or knife sharpeners at The Home Show in Halifax and Canada Blooms in Toronto or standing in a booth at the Wharf Rat Rally or the Annapolis Market with his delicious homemade Belgium waffles smothered in a variety of his own sauces. In recent years Maurice extended his creative arm to composing “pour paintings” many of which decorate the homes of his numerous friends serving as a legacy to yet another of his talents.

Maurice also produced and emceed celebrity cook offs and competitions for festivals and fund raising events and was regular guest on a number of radio shows answering callers questions on cooking and culinary matters. – His personality and great sense of humour always brought a magical touch.

Maurice was the sort of showman everyone loves. He would conduct his Magic Shows, Cooking Classes and various demonstrations with enthusiasm, while continually teasing his audiences with suggestive and cheeky comments and practical jokes, performing tricks like pulling an oversized ladies bra out of his shirt, or finding strange objects hidden inside a chicken - his shows were always full of joy and laughter.

Maurice was elected a lifetime member of the Canadian Culinary Federation and was a founder member of the Nova Scotia chapter of La Chaine des Rotisseurs – he enjoyed participation in the industry organisations of HANS and SKAL and in 1997 was recognised with a Tourism Achievement award by the Tourism Industry Association of NS.  In 1990 he earned the designation of Certified Hotel Administrator.

His superior culinary skills were recognised in his many awards starting in 1976 when he was the first Canadian to win both a gold and a silver medal at the culinary Olympics in Germany and in 1978 at the International Exhibition on Jewish Culinary Art in Jerusalem where again he was awarded a gold medal. In 1984 he was invited to London to judge Le Salon Culinaire at the annual Hotel Olympia show.

His like will not come our way again and he will be forever missed by his loving wife of 53 years Janet Thiebaut (nee Pinkstone) his children Natalie Hills (Ken) Jean Pierre Thiebaut (Kim) Grandchildren Kyle and Megan Rector, Elliot Thiebaut. Mother in Law Joyce Pinkstone, Brother and Sister in Law Raymond and Catherine Pinkstone and many nieces and nephews in the UK and France.   He was pre deceased by his siblings Colette and Jeanott Thiebaut.

Janet would sincerely like to thank the Tri County Victorian Order of Nurses for their kindness and support and requests any donations be directed to their cause.

At Maurice’s request there will be no visitation or memorial service.  Memorial donations may be made to the charity of one’s choice.  Arrangements have been entrusted to Serenity Funeral Home, Digby County Funeral Chapel, 367 Highway #303, Digby, B0V 1A0 (902-245-2444).

Share Your Memory of
Maurice
Upload Your Memory View All Memories
Be the first to upload a memory!
Share A Memory
Plant a Tree