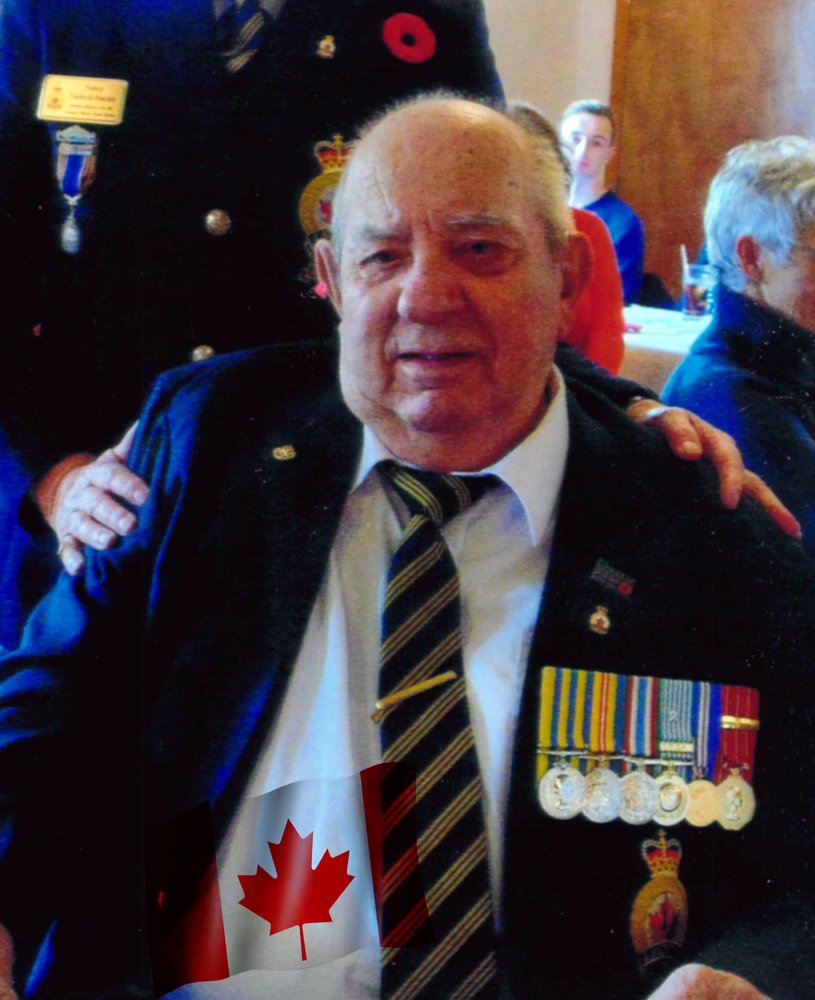 Murray Allen Long Sr., 89, of New Ross, passed away on December 21, 2020 at the Valley Regional Hospital.  Born in Toronto, Ontario, he was the son of the late Albert and Alma (Smith) Long.

Murray joined the Navy at age 18 and served in the Korean War from 1948 – 1953, and continued to serve his country for the next 25 years.  During his first posting in Halifax, he married the love of his life, Betty - a marriage which would last for the next 69 years.  Upon retirement, Murray worked at Wayne Millett’s Lumber Mill and then worked with Betty in the Christmas tree business.

In 2001, the Korean Veterans Association honored Canadian Veterans in Korea. Dad was presented with a medal by Prince Andrew which he requested be given to Mom as she was home during that time keeping the family safe, so he didn’t have to worry.

Besides his parents, Murray was predeceased by his wife Betty; daughters Joycelyn and Linda; son Murray Jr.; granddaughter Jennifer and her daughters.

A private family service will be held at a later date. As per Murray’s request, no memorial donations.  Arrangements have been entrusted to Serenity Funeral Home, 34 Coldbrook Village Park Dr., Coldbrook, NS, B4P 1B9 (902-679-2822).

Share Your Memory of
Murray
Upload Your Memory View All Memories
Be the first to upload a memory!
Share A Memory
Plant a Tree