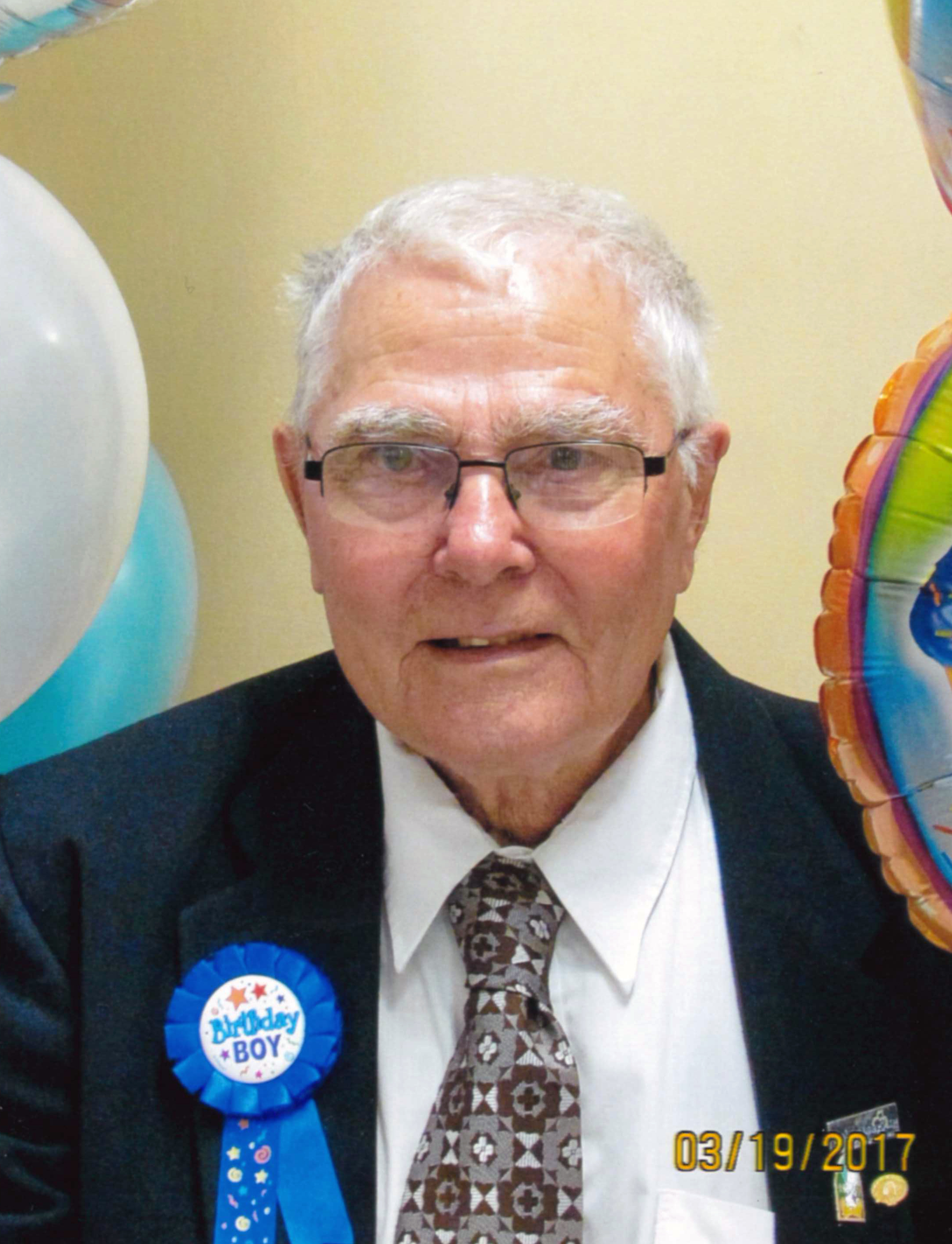 Harold Benedict, 93 3/4 of Port Williams, passed away peacefully on February 15, 2021 in his home. Born March 19, 1927, in Canard, grew up in Hantsport and lived his life in Wolfville; he was the son of the late Russell and Emily (Wile) Benedict.

Harold was a valued member of the Port Williams Community. He worked hard from a very young age and at the tender age of 14-years, he worked in the woods, farming, construction and delivered milk with a horse and wagon. As he became older, he began work with Irving Oil, this spanned over 35-plus years.

Once Harold retired from Irving Oil, he began volunteering at LRB Fabrications.  He would help out in the shop with whatever was required and when things were slow, he could be found in the woodpile.  Harold cut and split wood well into his 90’s.  He loved to help people, especially his children. Harold played a huge part in the making of Port Williams Park. He spent endless hours helping to ready the area for play equipment that had to be assembled.  After the park was done, he then spent many hours taking water down to make sure the flowers and tree made it.  Harold was well-known and loved in Port Williams and could often be seen sitting on his swing watching and chatting with the passersby.

“He was always up for an adventure, especially if it helped someone.  He will be greatly missed, but not forgotten.  Rest easy, Dad, you earned it.”

A Celebration of Life will be held at a later date. Memorial donations may be made to the Port Williams Recreation Splash Pad Fund (donations in cash or cheque only directly to the Village of Port Williams).   Arrangements have been entrusted to Serenity Funeral Home, 34 Coldbrook Village Park Dr., Coldbrook, NS, B4R 1B9 (902-679-2822).

Share Your Memory of
Harold
Upload Your Memory View All Memories
Be the first to upload a memory!
Share A Memory
Plant a Tree